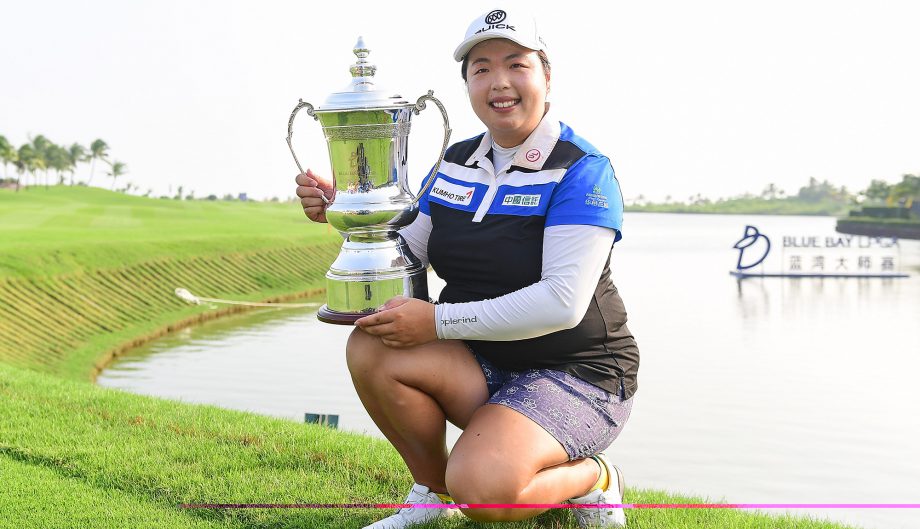 HAINAN, China – Shanshan Feng shot a 2-under 70 in the final round to win the Blue Bay LPGA by one stroke.

With the win, Feng is projected to become the first top-ranked golfer – male or female – from China.

“I finished first in China, so I actually claimed the world No. 1 in front of all the people at home,” Feng said Saturday after finishing on 9-under 279. “I’m really happy about that, and I hope all the Chinese are going to be watching me … Hopefully there will be more Chinese getting on the tours and more world No. 1s coming up from China.”

Feng, who won last week in Japan, became the first back-to-back winner of 2017.

Thailand’s Moriya Jutanugarn (70) was second at 8 under, just one shot behind Feng after narrowly missing a birdie attempt on the 72nd hole.

“I was just trying to give myself a chance,” Jutanugarn said of her final putt.

Alena Sharp of Hamilton, Ont., finished T42 at 9 over par.