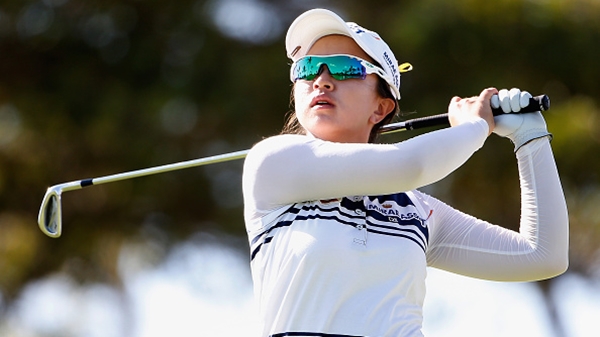 KAPOLEI, Hawaii – Sei Young Kim shot a 2-under 70 on Friday in wind gusting to 30 mph to take a one-stroke lead in the Lotte Championship.

With the breeze making birdies elusive at Ko Olina, the 22-year-old South Korean player reached 12-under 204 to break out of a first-place tie with I.K. Kim.

Sei Young Kim will take a lead into the final round for the second straight tournament. Two weeks ago, she had a four-shot advantage in the ANA Inspiration and finished fourth in the major championship.

Sei Young Kim won in the Bahamas in February in her second start as an LPGA Tour member.

I.K. Kim was second after a 71. Third-ranked Inbee Park was another shot back after a 69.

The top five are all from South Korea, with Jenny Shin four shots back after a 70, and Chella Choi at 7 under after 71.

American Paula Creamer (72) and Japan’s Ai Miyazato (71) were 6 under. Defending champion Michelle Wie (73) had five bogeys and four birdies to fall eight shots back in her home event.

Team Canada Young Pro Squad member Sue Kim is the top Canadian. The Langley, B.C., native is tied for 47th at 3-over.