Sei Young Kim holes out from fairway to win in Hawaii 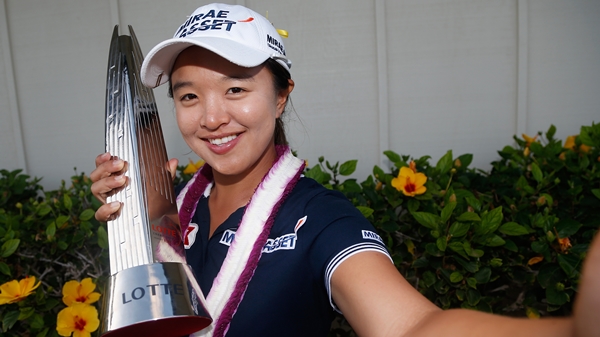 KAPOLEI, Hawaii – Sei Young Kim holed out from 154 yards for eagle to win the LPGA Tour’s Lotte Championship on the first hole of a playoff Saturday with Inbee Park.

After driving into the water in regulation on the par-4 18th, Kim forced the playoff with an 18-foot chip-in for par. She then won on the hole with her 8-iron shot that barely cleared the water.

The 22-year-old South Korean player became the first two-time winner on the LPGA Tour this year. She won in the Bahamas in February in her second start as a tour member.

Kim rebounded from a disappointing final round two weeks ago in the ANA Inspiration when she squandered the lead and ended up tying for fourth.

I.K. Kim bogeyed the final two holes for a 74 that left her two strokes back.

Sue Kim of Langley, B.C., tied for 55th at 8 over; while Alena Sharp of Hamilton and Rebeca Lee-Bentham of Toronto shared 63rd spot at 11 over.