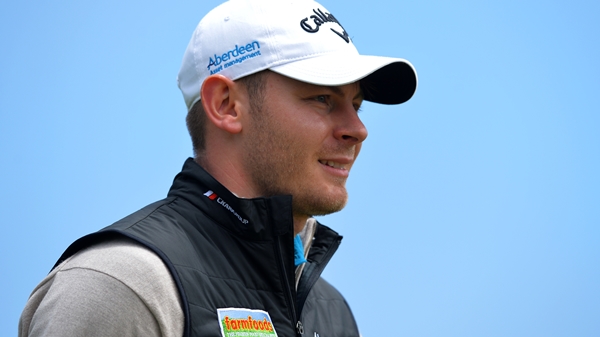 The heavy fog that forced Thursday’s first day to be abandoned returned mid-morning Friday and caused a four-hour delay, forcing organizers to shorten the event to 54 holes. Only half of the 144-player field managed to complete their first round.

Henry had eight birdies in his round, including three in succession from the 12th, as the Scottish golfer seeks his first European Tour title. However, his round could have been even better had he not finished with consecutive bogeys.

“I got off to a fast start which was nice because recently, in the few tournaments I’ve played, I haven’t done that,” Henry said. “I’m quite happy just to be in the hunt. I feel like I’m playing good again so whatever happens over the weekend I’m looking forward to it.”

Finland’s Tapio Pulkannen hit a hole-in-one at the par-3 17th but finished with an 80.