Scott comes back to the field at Bay Hill 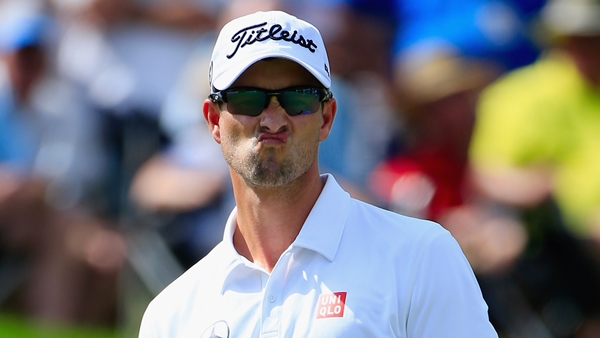 ORLANDO, Fla. – Adam Scott still has the lead at Bay Hill. At least five other players suddenly have a realistic chance at winning.

Scott lost more than half his lead Saturday in the Arnold Palmer Invitational. He missed three par putts inside 8 feet and had to settle for a 1-under 71. That gave him a three-shot lead over Keegan Bradley going into the final round.

Bradley’s approach to the 18th narrowly cleared the rocks and set up a 4-foot birdie putt for a 66.

Matt Every (66) and Jason Kokrak (67) were four shots behind. Neither has ever won on the PGA Tour. Chesson Hadley and Francesco Molinari each shot 69 and were another shot behind. Hadley can qualify for the Masters with a high finish.