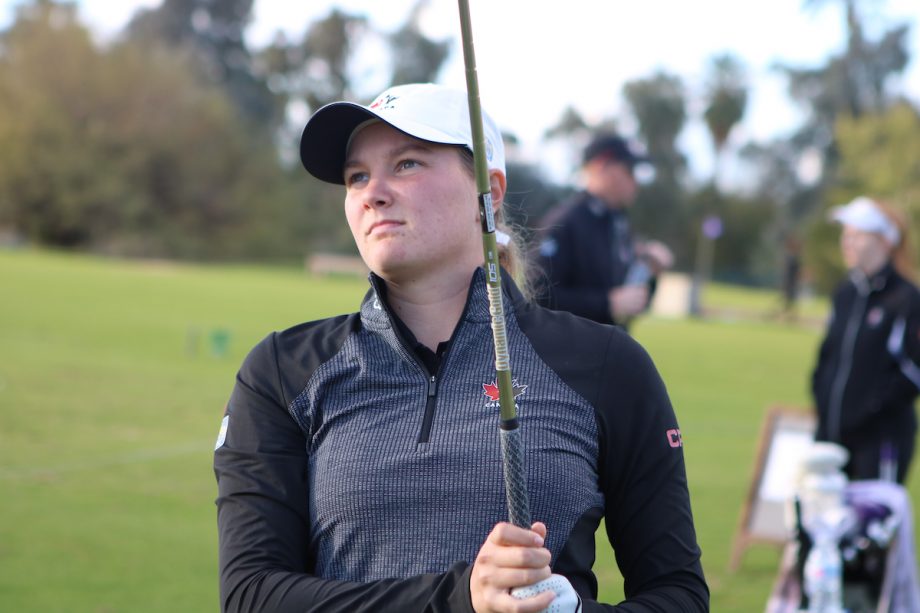 By late Friday afternoon, Rhéaume pulled away – making nine birdies over the course of her final 14 holes, including four in her last five holes – to win by three strokes with a tournament-best final-round 66. The winning margin would have been higher had Kim not dropped a 60-footer on the last hole for her second eagle of the day.

Shortly after Kim got the large Golf Chateau Bromont crowd warmed up, Rhéaume tapped in a short birdie look to set the crowd ablaze, with her mom waiting greenside to be the first one to give her daughter a bear hug.

“It feels great, I had a great day, and it feels good to get the win,” said Rhéaume. “I had a good birdie putt on 5 and had a good look at eagle on 6 but just tapped in for birdie. Then I birdied three in and row and back nine shot 31, that was solid.”

“My mom coming down was nice and fun, my friend Matt caddied for me this week, this was the second time we’ve worked together and both times we’ve won, so we have a pretty good thing going,” said Rhéaume.

The first event they won together was the Glencoe Invitational – also comprised of both amateurs and professionals. Today she bested Kim, who ended up going home with the low professional cheque, while the first time it was Caroline Ciot, who ended this week in a tie for fifth and earned low PGA of Canada member honours.

Somebody else holding the big cheque at Chateau Bromont didn’t bother Rhéaume, likely because she will make her LPGA debut in August in Ottawa alongside Brooke Henderson – the last amateur prior to Rhéaume to win the ORORO PGA Women’s Championship.

“Any time you can be compared to Brooke it’s a good thing,” said Rhéaume. “She has accomplished so many great things. I’m just lucky to have my name along with hers on this trophy.”

Members of the Golf Canada Amateur Squad, including Rhéaume, put on quite the show on Friday. In addition to Rhéaume’s 7-under par 66, Brooke Rivers shot 69 and Celeste Doa shot 68 – which would have been the low-round of the tournament if not for her teammate’s spectacular day.

Following Rhéaume’s LPGA debut in Ottawa, she says the plan is to return to Furham University for her fifth and final season.

The next PGA of Canada National Championship is the GOLFTEC Senior Men’s Championship of Canada, set for August 23-26 at Connaught Golf Club in Medicine Hat, AB.