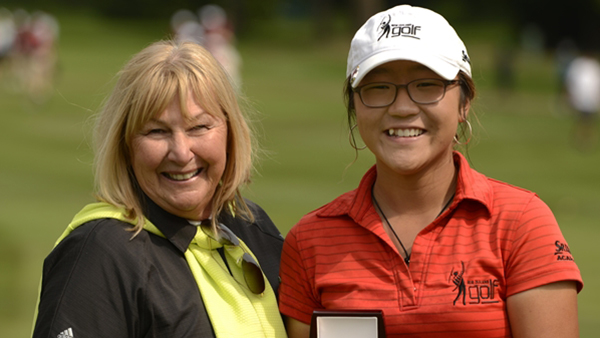 It is fitting that Sandra Post has made her own moment in history as she prepares to oversee a committee tasked with honouring individuals who have made their own indelible marks on the game of golf.

After having served as a member of the Canadian Golf Hall of Fame’s selection committee for 12 years, Sandra has been selected by her peers to be the committee’s next chair. She becomes the first honoured member, as well as the first female, to head the committee.

Sandra assumes the role vacated by Ian Clarke – president of the PGA of Canada from 1997-1998. A Chair is selected through the Hall of Fame Nominating Committee. Chairpersons who step down from their position then take a seat on the Nominating Committee to assist in appointing their successor.

When asked about the committee’s new chair, Clarke was quick to praise Post. “Sandra’s passion for golf and her commitment to its growth in Canada are matched only by her appreciation of its past. She has the utmost respect for the builders who have laid its foundation and she will work tirelessly to recognize those individuals.”

“I am very proud to become the first honoured member and the first female to chair this committee,” said Post. “The mandate of the Hall of Fame Selection Committee is a responsibility that I take very seriously. There are so many individuals who have shaped this game and we owe it to the sport to honour their legacies.

“The Hall enshrines players – both amateur and professional – and those who have helped to shape the game in this country, including architects, teachers, administrators, and journalists.  We will continue to ensure that the most exceptional achievers are acknowledged nationally for their many contributions.”

Nominations to the Hall are due July 31. All nominations require a nominator and a seconder.

For additional information on the Canadian Golf Hall of Fame, please visit its official website.

Past Chairs of the Canadian Golf Hall of Fame Selection Committee: