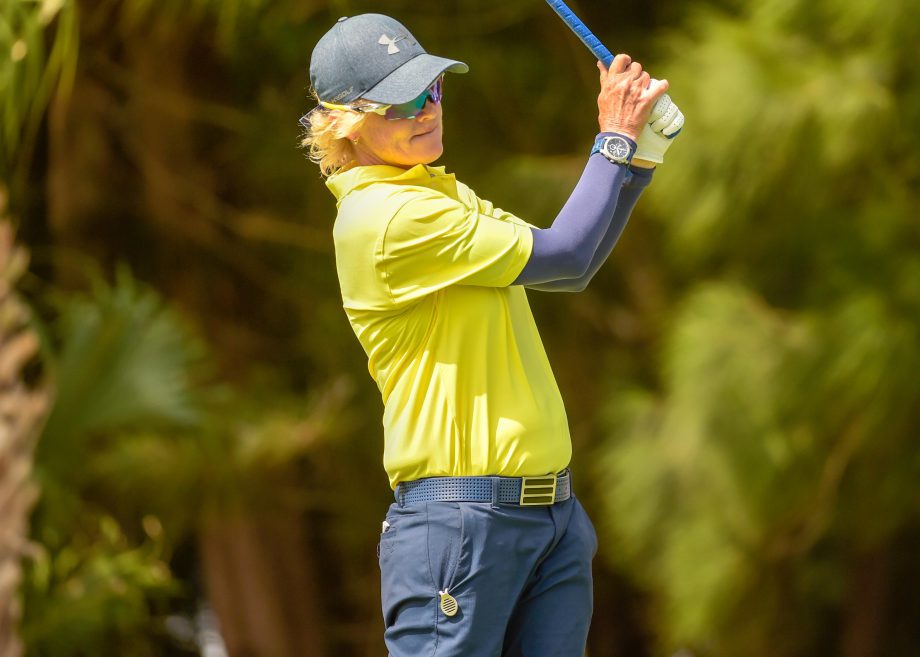 Lara Tennant of Portland, Ore., won 1-up against Samuel to move on to Thursday’s final round against Sue Wooster of Australia.

Tennant defeated a Senior Women’s Amateur runner-up in the semifinals, edging Terrill Samuel, 57, of Canada, 1 up. The match went to the 18th hole all square after Samuel, who lost in the championship match in 2017, birdied No. 17 with a 7-foot putt. Both players had birdie putts on No. 18, with Samuel hitting her 50-footer 6 feet past the hole. Tennant, who was co-medalist in last year’s championship before bowing out in the Round of 64, rolled in her birdie try from 25 feet to seal victory and earn a spot in Thursday’s final.

The match had its share of dramatic moments. All square on No. 11, it looked like Tennant would regain the lead after hitting her approach shot on the par 4 to less than a foot from the hole, but Samuel chipped in from just off the green to halve the hole with birdies. Tennant would then trail for the only time in the match after hitting her tee shot on the par-3 12th in the water, but she squared the match again with a birdie on the par-5 13th.

While she fell short in her bid to get to a second straight final, Samuel did gain a bit of redemption on Wednesday morning, defeating countrywoman Judith Kyrinis, 54, in the quarterfinals, 1 up. Kyrinis, the reigning champion, had defeated Samuel in the championship match a year ago.