Ryu has plenty to smile about 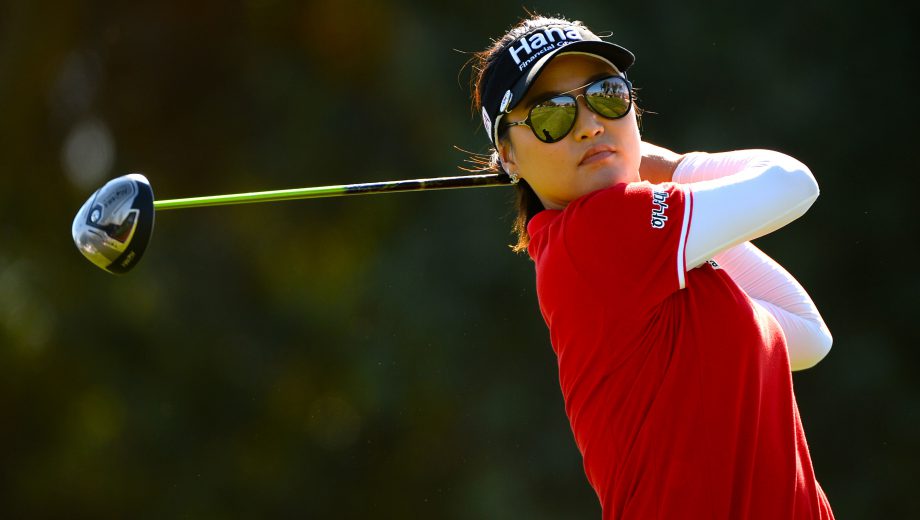 RYE, N.Y. – So Yeon Ryu walked off the ninth green in the fading late afternoon sun light at the Westchester Country Club and, with a big smile on her face, thanked her pro-am partners at the KPMG Women’s PGA Championship.

The smile said a lot. The game has stopped being a grind for the defending Canadian Pacific Women’s Open champion.

A meeting a month ago with former British Open champion Ian Baker Finch, which was arranged by her caddie to discuss her putting, evolved into an exploration of how Ryu was beating herself up on the golf course.

“I think my expectation level was so high, I just kept pushing myself into a corner,” said the 24-year-old, who has turned things around lately. She’s coming off two top five finishes including a tie for fourth last week at the Manulife LPGA Classic in Cambridge, Ont. “Now I’m enjoying reading the line, enjoying the putting and even when I miss it, I just get away from there and focus on the positive things.

“Last week in Canada my golf game looked really in great shape so I feel really comfortable and I’m enjoying playing so I’m really excited to be playing a major tournament.”

Ryu and Baker Finch met in West Palm Beach. Her results had been slipping this season, including a 47th place finish at the Volunteers of America North Texas Shootout Presented by JTBC.

Baker Finch looked over her putting stroke and couldn’t find any serious faults.

“It’s not about the golf technique or what the stroke looks like, what it has to be. Not that type of thing,” said Ryu. “He just taught me maybe I just worried about so many things on the golf course. I started to worry about ‘what if I miss the putt?’

“That kind of behaviour wasn’t really helping to make a lot of good putts. He mentioned just enjoy reading the line, feel like you’re on your putting. Be kind to me. That’s the thing he taught me. After that I realized how harsh I was to myself.”

Accepting the result and moving on will be an important ability at the KPMG Women’s PGA Championship this week. Westchester’s rolling terrain and perched greens are going to be a challenge and there will be bogeys.

“Sometimes you really have to accept bogey and just walk away,” said Ryu, exhibiting some of her new attitude.

The Women’s PGA, now being staged by the PGA of America, is playing on a big stage in a big market.

“It’s such an honour to play this golf course. I was here like a month ago with Inbee (Park). We talked about what a good golf course it is,” said Ryu. “The golf course is in great shape. They don’t have any similar holes. It’s a really historical place. I really love to play here. I think it’s really going to be tough to play, but I always enjoy the tough golf course.

“I think par is going to have a really good chance to finish in the top five.”

Ryu said she’s hoping to have a strong run up to her defence of her Canadian Pacific Women’s Open title at the Vancouver Golf Club Aug. 20-23.

She said she’s looking forward to being the defender.

“Absolutely. No matter, even if I’m not the Canadian Pacific Women’s Open defending champion, I’ll always have fun to play in Canada because the Canadian crowds are so great, you know? They are so humble and they are always very supportive of the LPGA.

“I was always happy to play up there especially now that I’m defending champion. I’m more excited. I’m wishing I can have a lot of great wins before I got to play in the Canadian Women’s Open. I hope I can defend my title.”