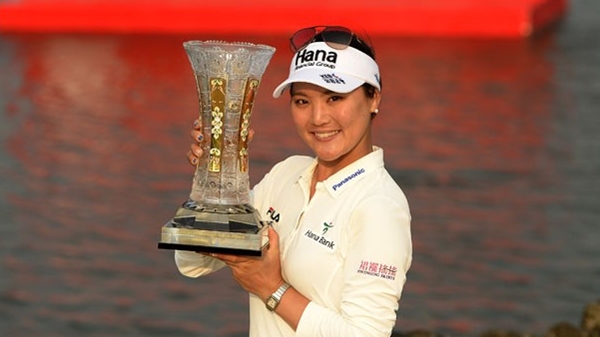 Ryu, the 2014 Canadian Pacific Women’s Open champion, trailed fellow South Korean Park by a shot ahead of the final round on Mission Hills’ Blackstone Course.

Park led by three strokes when Ryu double-bogeyed the par-4 seventh, sending her tee shot into black lava rocks and taking a penalty drop. The 24-year-old Ryu responded with three birdies in four holes from the ninth.

Both Ryu and Park failed birdie attempts on the 18th before Ryu tapped in a par putt from two feet to win.

“The winning putt, no matter how long it is, is always nervous,” Ryu said. “My hands were literally shaking.”

Suzann Pettersen of Norway and China’s Xiyu Lin both shot 70 to tie for third on 10 under.