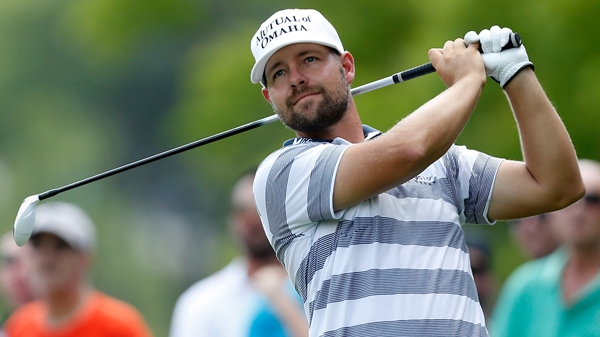 PALM HARBOR, Fla. – Ryan Moore had no trouble explaining how, after 12 consecutive pars to start the third-round of the Valspar Championship, he birdied four of the final six holes Saturday.

The result was a 4-under 67 that pushed Moore to a 54-hole total of 9-under 204 and a one-shot lead over Jordan Spieth on Innisbrook Resort’s Copperhead course.

Spieth shot 68. Derek Ernst was another stroke back after a 69.

The field was like a crowded freeway early before Moore finally opened up some space. When the final pairing of Brendon de Jonge and Spieth reached its fifth hole, they were part of an eight-way tie for the lead at 5 under. Another seven players were a shot back. Twenty-seven were within three.

While de Jonge, who led by one after 36 holes, shot 75 and fell off the pace, Moore, seeking his fifth career win, moved steadily along in the swirling wind until sprinting to the finish.

“Any day around this golf course with no bogies is pretty good especially the spots where I hit it,” Moore said. “I was able to save par really low in the middle of my round, made some good putts but had some good chip shots. Was able to get it rolling there and make some birdies coming in.”

“It was not an easy par 3 especially with that wind,” Moore said. “It was hard to figure out whether it was really helping or more across. Obviously, you don’t want to get that wrong with water short and with trouble long, you don’t want to go long of that green.

“Stepped up and hit a great iron shot there, left myself nice 8-, 9-footer right below the hole and knocking that in kind of got me going there on the backside.”

Spieth was tied for the lead until Moore’s birdie at 18. Spieth saved par at that hole with a one-putt from 6 feet.

“I got a lot of confidence at the end right there with my putter,” Spieth said. “I had those 6-, 7- footers that, you know, when I’m close but not quite there those are the ones that slide by the hole because I just kind of baby it a little bit and hit confident putts coming in. Hopefully, that does a lot of good for me tomorrow.”

Nine players are within five shots, all aiming at Moore.

Six shots back of Moore is Canada’s Nick Taylor, who is 3-under and tied for 10th after his third straight 70.