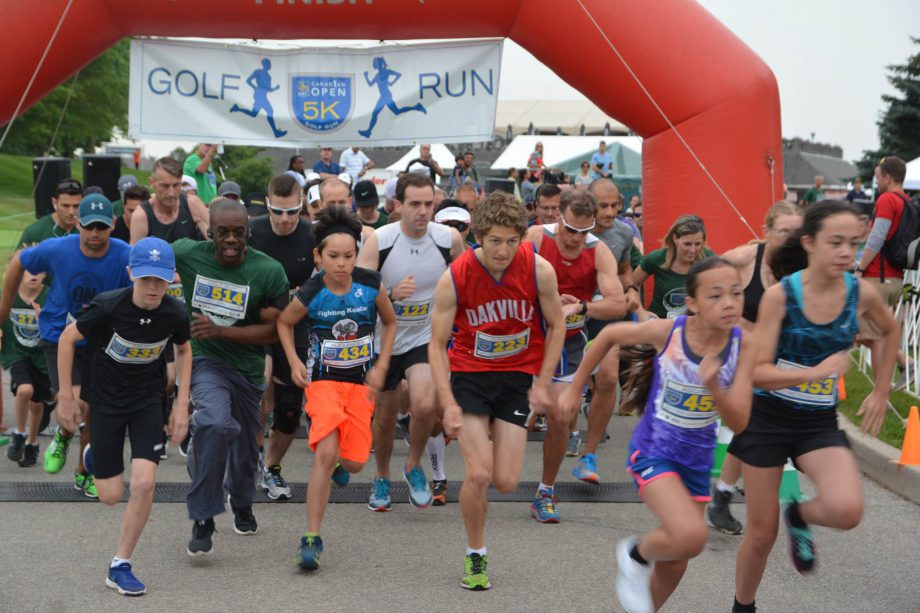 Runners, walkers and golf enthusiasts gathered near the first tee of the championship course to mark the beginning of their journey through the PGA TOUR ready course, finishing alongside the iconic 18th green.

Participants were treated to experiencing Glen Abbey set up for the RBC Canadian Open, before the pros arrive to compete in the tournament, beginning Monday, July 24th. The fun continued post-race at the Coors Light Beer Garden, where participants and spectators were invited to enjoy beverages and watch the third round of the British Open live on large television screens. The RBC Canadian Open Trophy was also available for photos.

“We are extremely pleased with the turnout for the second year of this event,” said Brody Coles, Race Director. “People are attracted to the uniqueness of the event, as it isn’t your typical race. The atmosphere of being at Glen Abbey just prior to a PGA TOUR Tournament begins is truly exciting.”

On a competitive note, Connor Hammond, Oakville and Rebecca Kowalenko, Toronto finished first overall in the male and female categories, with respective times of 17:40 and 20:06. All participants received a finisher’s medal upon crossing the finish line, with additional prizes handed to top finishers in each age and gender category. Each participant also received a complimentary “any single day” ticket to the RBC Canadian Open, earning the chance to watch their favourite golfers compete on the same course they completed their run through. Glen Cairn Golf Club won the Golf Club Championship by having the most club members registered for the event, and each registered member received an upgraded pass to Golf Canada House Powered by Boston Pizza.