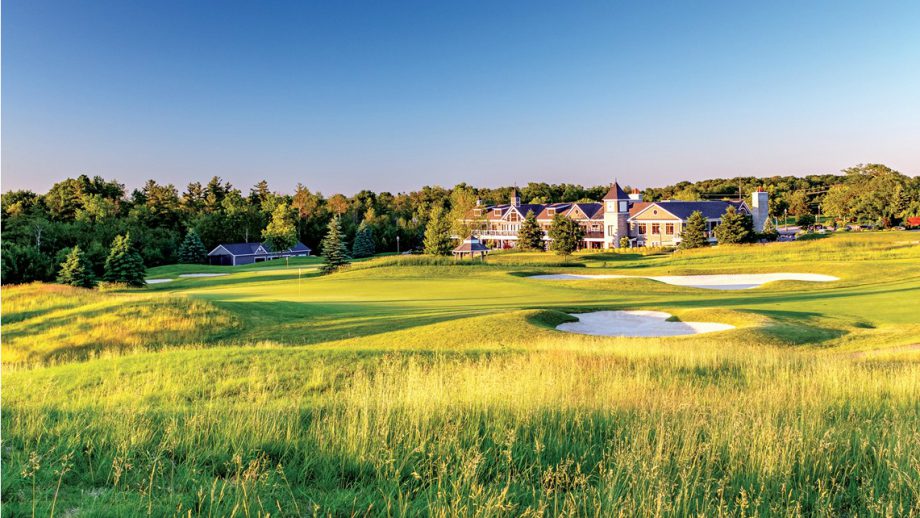 It was another windy and wild day at Whistle Bear Golf Club for the second round of the PGA Championship of Canada.

The 72-player field was whittled down to the top 16 advancing to the match play portion of the championship, which begins bright and early Thursday morning in Cambridge, Ont. However, it wasn’t so cut and dry Wednesday afternoon as a six-for-five playoff was needed to determine the final spots in the match play.

The PGA of Canada’s No. 1-ranked player Marc-Etienne Bussières, Thomas Keddy, Brad Kerfoot, Kent Fukushima and James Skrypec outlasted Mark Bicknell on the first playoff hole. It was the second-straight year Bussières survived extra-holes to squeak into the match play.

“I guess I just like the challenge of getting through to the match play via a playoff,” Bussières joked Wednesday afternoon at Whistle Bear. “But seriously, I feel like I found a little something out there today and we’ll see if I can keep that going for the next couple days.”

For the full leaderboard and match play bracket, CLICK HERE.

The winners of the morning matches Thursday qualify for the afternoon quarterfinal matches. The eventual champion will win four match play rounds, adding his name to the historic P.D. Ross trophy.

Re-launched in 2011, the PGA Championship of Canada was contested strictly as a match play event through 2014 with players from the four brackets—Stan Leonard, George Knudson, Al Balding and Moe Norman—looking to advance through the six rounds to capture the historic P.D. Ross trophy. However, the 2015 championship at Cabot Links saw a format change, with top-ranked players from the PGA of Canada Player Rankings presented by RBC playing two rounds of stroke play. The top-16 players from the 36-hole stroke play portion of the event filled out the four match-play brackets with the eventual champion winning four match play rounds. This year’s championship follows the same format.

Built on more than 230 acres, Whistle Bear is regarded as one of southern Ontario’s most distinctive golf destinations. Host of the 2004 and 2005 PGA Championship of Canada (as part of the Korn Ferry Tour schedule), the links-style venue features more than 100 bunkers, as well as water on more than half of the holes.

PGA of Canada Player Rankings presented by RBC points are also up for grabs at Whistle Bear. The eventual winner will take home 60 points, with the runner up gaining 50 points. The player who earns the most ranking points (in national and zone events) in 2019 will be awarded the Mike Weir Player of the Year crown at next year’s Canada Night.

Attendance to the PGA Championship of Canada is free and spectators are encouraged to attend during championship play.