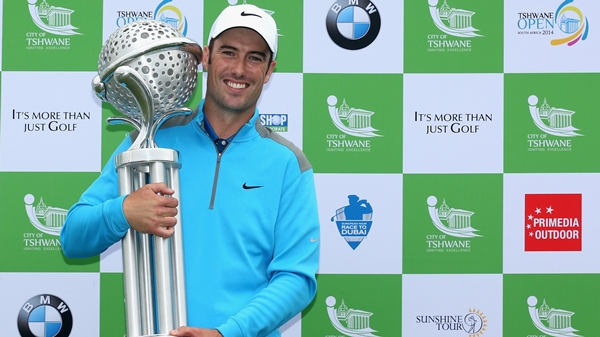 Fisher, who started the day with a five-stroke lead, saw off a challenge from Michael Hoey that briefly cut his advantage to one shot.

Fisher responded with an eagle at the long 15th from 25 feet to see off the Northern Irishman, who finished on 17 under for a share of second place with South Africa’s Danie van Tonder. Spain’s Carlos Del Moral was a shot behind in fourth.

Fisher, who now has five European Tour titles, said “I’m just thrilled to get over the line. It was a testing day with the weather conditions and playing with Mike he put up a great challenge for me.”