Rose, Garcia tied for lead at Masters in prelude to finale 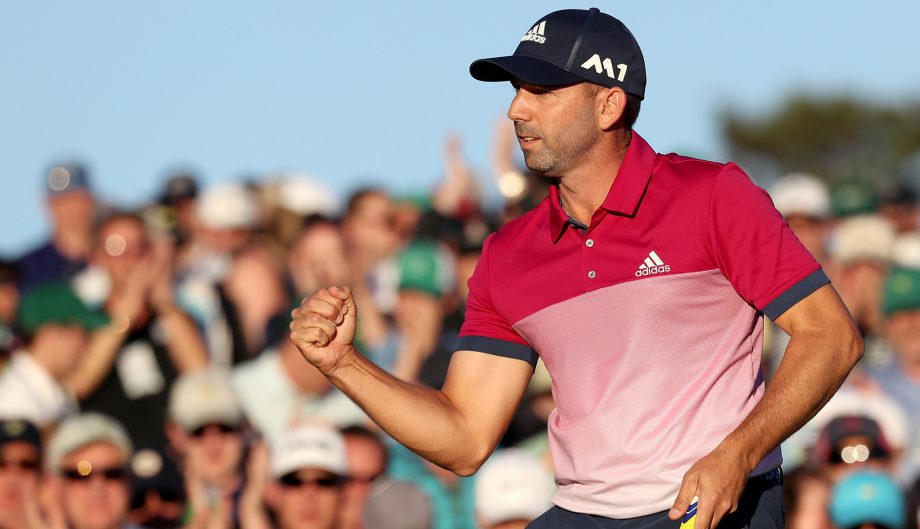 AUGUSTA, Ga. – Justin Rose had a back-nine charge so common at Augusta National. Sergio Garcia finally caught a good break in a major. Jordan Spieth got his name high on those famous white leaderboards, the only spot he has ever occupied on the weekend at the Masters.

Saturday had something for everyone at the Masters, including the promise of more to come.

“Saturday’s gone and now Sunday’s coming – a very exciting Sunday,” Garcia said after making a 7-foot par putt on the final hole for a 2-under 70 to share the lead with Rose. “Just make sure we have a good chance coming into the last five or six holes, and see what happens.”

Garcia, the most vexed player without a major in his generation, hung his head when a 4-iron from the first cut of rough on the par-5 13th came out soft and disappeared into the tributary of Rae’s Creek in front of the green. Just his luck, the ball bounced softly off the bank and stayed up, and from there the Spaniard hit a tough chip to tap-in range to turn potential bogey into a birdie.

Three rounds are in the books and the stage is set for a Sunday showdown. #themasters pic.twitter.com/0d7431r1nL

Rose was an afterthought, five shots behind, when his tee shot to a left pin on the par-3 12th dropped in 5 feet from the hole for the first of five birdies on the back nine. He took care of the par 5s and then finished with a 20-foot birdie on the 17th and a 12-footer birdie on the 18th for a Saturday-best 67.

Rose has a share of the 54-hole lead for the first time in a major. He also has a U.S. Open title from Merion and an Olympic gold medal from Rio. And when he surveyed the landscape, he’s not sure any of that matters.

There is too much golf left. There are too many capable players. Too much can happen around this place.

“A one-shot lead starting the day doesn’t mean much,” Rose said. “You’re going to have to go out and play a good round of golf, and I think there’s going to be four or five guys pretty much with the same mindset tomorrow.”

Rose and Garcia were at 6-under 210, and that one-shot lead they share was over Rickie Fowler, who has never been this close to the lead in a major going into the final round. Fowler also has never felt better about his game or his chances.

He didn’t do anything special except to birdie all the par 5s to offset a few miscues in his round of 71.

“I don’t think anyone is going to put themselves far enough out front where they can cruise in,” Fowler said.

Perhaps the most daunting name at Augusta National was Spieth, who began this Masters with a quadruple-bogey 9 on the 15th hole of the opening round and was 10 shots out of the lead when he trudged off the course on Thursday.

He went 29 straight holes without a bogey until a three-putt from below the ridge on the par-3 16th. By then, he already was squarely back in the mix with a few good bounces and his frightening touch on the greens. He also pulled off a shot from the pine straw on the 13th by telling his caddie, “What would Arnie do?”

It was his way of saying Arnold Palmer would go for it, and his way of letting Michael Greller know that Spieth was feeling it. He drilled a 5-iron into 30 feet and narrowly missed the eagle putt. Two holes later, he nearly holed a wedge from the 15th fairway.

Spieth had a two-shot lead with 11 holes to play in his Masters debut in 2014 and was runner-up to Bubba Watson. He went wire-to-wire to win in 2015. And he threw away a five-shot lead on the back nine last year for another runner-up finish.

Here he is again.

“Waking up and you have a chance to win your favourite tournament that you’ve dreamt of winning and competing in since you were a kid, and to be able to have your fourth opportunity now … I didn’t know going into my first one if I would have five chances in my life,” Spieth said. “So it’s awesome.”

Spieth was tied with Ryan Moore (69) and Charley Hoffman, who led for much of the day until he put his tee shot into the water on the par-3 16th and made double bogey. Hoffman battled for par on the last hole to stay just two shots behind.

Only 10 players remained under par, all of them separated by five shots. That group included former Masters champions Adam Scott (69) and Charl Schwartzel (68). Lee Westwood, a runner-up last year, also had a 68 and was five shots back.

“It just the great players in front, and in conditions like this, it’s going to be hard because you’re going to have to make it happen,” Scott said.

That’s the allure of Augusta National, and it’s never more appealing than when so many top players are right there with a chance. That includes Garcia, who has had close calls in every major he has played except the Masters – until now.

And it’s a big part of Augusta National, which could prove to be the ultimate challenge.