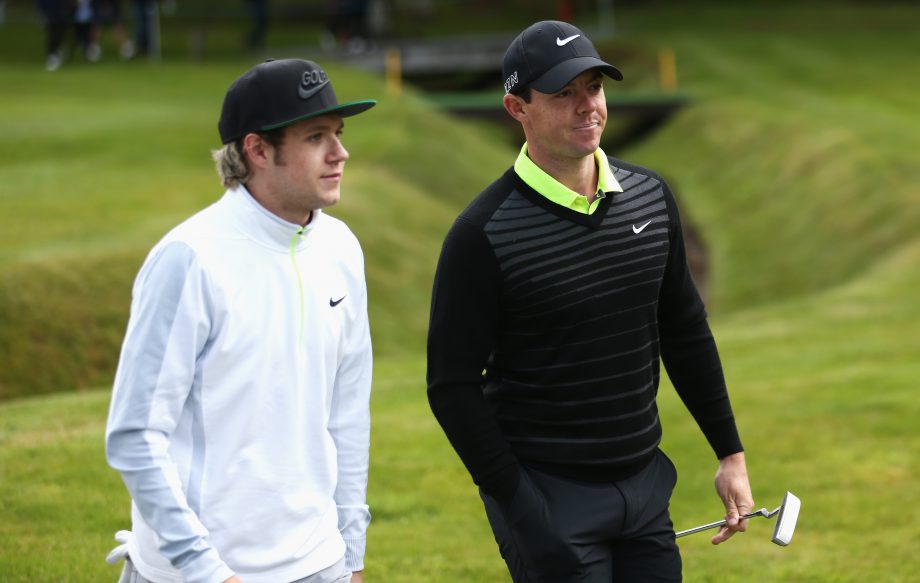 Rory McIlroy of Northern Ireland walks with Niall Horan of One Direction during the Pro-Am ahead of the BMW PGA Championship at Wentworth on May 20, 2015 in Virginia Water, England. (Warren Little/ Getty Images)

The two Irishmen played together on Thursday at The National Golf Club of Canada, one of Canada’s premier golf courses.

Great round of golf with @NiallOfficial today at The National Golf Club in Toronto. Thanks for having us guys, course is in great shape!

McIlroy finished in 17th at last week’s PGA Championship after being sidelined due to injury since July 6. McIlroy, who was supplanted this week as the World No. 1 by Jordan Spieth, has captured two wins this season and is currently ranked ninth in the FedEx Cup standings heading into next week’s first FedEx Cup playoff event.

One Direction is in Toronto for their “On the Road Again Tour 2015” at the Rogers Centre on Thursday night.