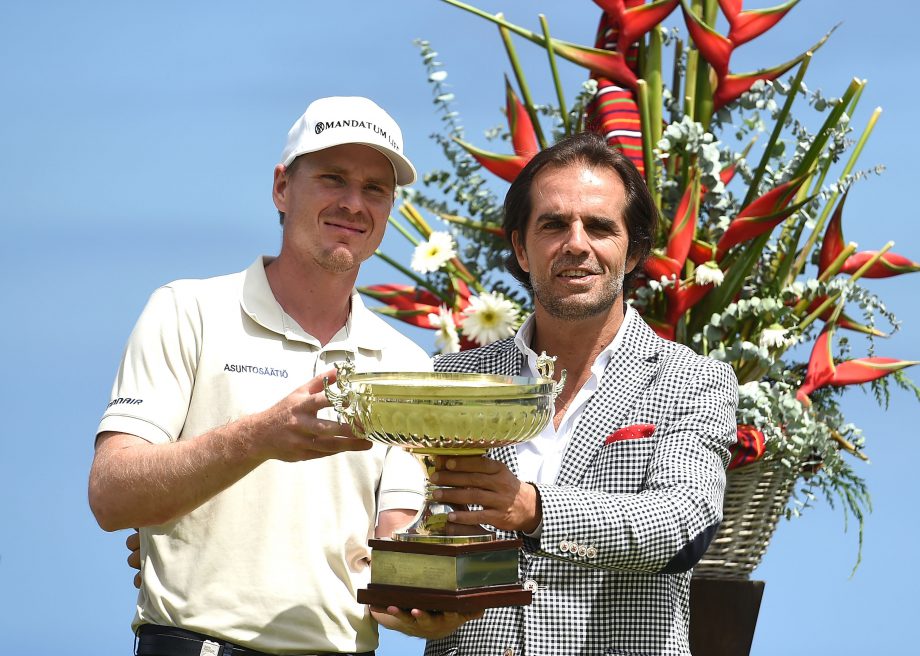 The 33-year-old Finn made an eagle on the par-4 10th to go with seven birdies for a tournament-record 24-under total of 264. Scott Henry of Scotland was runner-up for the second year in a row after a 66, having lost a playoff to England’s Daniel Brooks last year.

Andrew McArthur of Scotland was another three strokes back in third.

Kakko is only the second Finnish player to win on the European Tour, following Mikko Ilonen.

“I came here to try and win this event and change my career so I’m over the moon to have done it,” Kakko said. “I almost started crying with three holes to go. I was really getting emotional.”

Kakko was the third amateur to win a Challenge Tour tournament when he won the Volvo Finnish Open – his home event – in 2004.

“There was a lot of pressure but I had some pretty good thoughts in me, so I was able to handle it today,” Kakko said. “Sometimes it doesn’t go the way you plan it, but it all went my way today.”