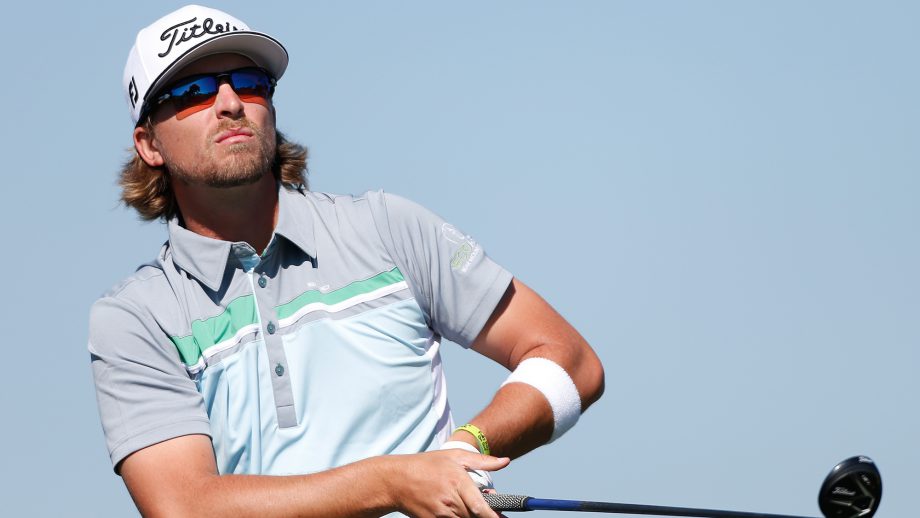 BOGOTA, Colombia – Last December, Englishman Ben Taylor found himself in Chandler, Arizona, competing at the Web.com Tour Qualifying Tournament, attempting to better his status on Tour for 2018. Despite three top-25 finishes in 2017, the Tour rookie had finished the Regular Season at No. 80 on the money list, narrowly missing a berth into the Web.com Tour Finals and exempt status for the following year. Now, just two months later, the Louisiana State University alum is a first-time winner after carding a closing-round 3-under-par 68 at the Club Colombia Championship, good for a six-stroke victory – the largest in tournament history – over K.H. Lee, Erik Barnes, Jason Gore and fellow LSU Tiger Sam Burns.

“It’s still quite surreal,” Taylor said about the difference two months makes. “To know that I had to shoot 17-under in December to be here this week is certainly a good feeling now that I’ve become the champion. It just goes to show that the hard work does pay off. I’m certainly very thrilled to come out on top this week. It’s a surreal feeling and a dream come true.”

Taylor entered Sunday at Country Club de Bogota four strokes clear of the field, but a bogey on the opening hole ensured the 25-year-old would have to play aggressively to keep the lead as the leaderboard became more and more bunched behind him at 9-under par. Taylor went on par the next two holes before picking up his first birdie of the day on the par-4 fourth. He carded four more birdies on the round to move to 16-under before dropping a stroke on the par-3 15th.

As Taylor approached the fairway on No. 17, the London native and current Orlando, Florida, resident looked at the leaderboard for the first time, only to see he’d opened up a six-stroke lead on the rest of the field with two left to play.

“I made sure not to look at any leaderboards all day,” Taylor laughed, “But when I was coming down No. 17 and realized I was ahead by six, I realized it was pretty difficult to mess it up. That’s when I realized the job was done. It certainly made the three-shot par-5 finish a lot easier.”

The former NCAA Division I and Division II champion finished the week at 15-under 269 for the tournament, just three strokes shy of the tournament-best 266 carded by Patrick Cantlay in 2013. With his opening-round 4-under 67, Taylor also tied Cantlay for the lowest start by a tournament champion. This week also marked the first time Taylor held a 36- and 54-hole lead.

The maiden victory for Taylor came with a $126,000 paycheck, enough to move him to No. 3 on the money list. For Taylor, who played every event of the Regular Season in 2017, the win reorients his goals for the season from simply retaining his Web.com Tour card to making a chase for a spot in The 25 and his first PGA TOUR card. The win also allowed Taylor to live out a dream almost three years in the making.

“The walk up No. 18 was really special. I remember before I even had my card on this Tour or the Mackenzie Tour – PGA TOUR Canada, I watched the highlights of Steve Marino and Patrick Rodgers from this tournament,” said Taylor, who was a Mackenzie Tour member in 2016.

“I saw how big the crowds were and I thought, ‘Man, that’s quite cool. I’d love to be there and do that one day.’ When I walked up and all the crowd were applauding for me; that was pretty cool.”

Canada’s Roger Sloan, of Merritt, B.C., continued his momentum with a second-straight top-20 finish (after missing the cut in the season’s first two events). The 30-year-old finished the tournament at 6 under par (69-66-71-72) to finish with a share of 16th. On the heels of two strong performances, Sloan finds himself at No. 17 on the money list—in line for one the coveted top-25 spots to earn PGA TOUR cards. As it stands, Sloan is joined by fellow countrymen Adam Svensson (No.2) and Ryan Yip (No. 20).