Rodgers tries to get in on youth movement in Mexico 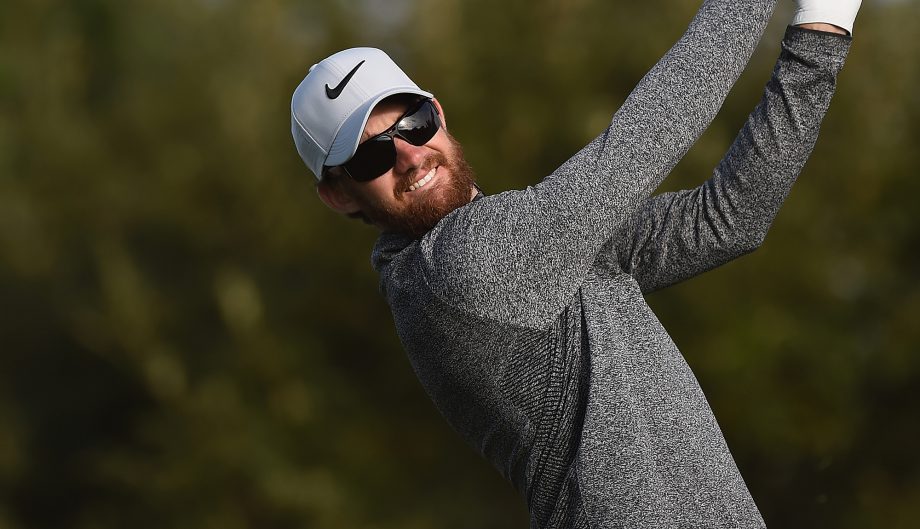 PLAYA DEL CARMEN, Mexico – Patrick Rodgers kept making birdies until his name was atop the leaderboard and it was too dark to play any longer Friday.

Rodgers, a former Jack Nicklaus Award winner as the top player in college, ran off four straight birdies on the back nine and reached 11-under par until the storm-delayed OHL Classic at Mayakoba was suspended by darkness.

Rodgers hit his tee shot on the par-5 seventh hole, one of the three holes he will have to complete Saturday morning.

Rickie Fowler, playing for the first time since the Presidents Cup, was at 10 under with three holes left. The second round was halted for 2 hours, 15 minutes.

Brian Gay and Brandon Harkins, the 31-year-old rookie from northern California, were at 9-under 133.

Martin Piller was at 8 under and still had nine holes to play.

Rodgers, who was 7 under for his round when play was stopped, is one of the few players from the fabled high school class of 2011 who is still looking for his first PGA Tour victory. He grew up in juniorgolf with fellow class members Jordan Spieth, Justin Thomas, Daniel Berger, Emiliano Grillo and Xander Schauffele.

Rodgers, who grew up outside Indianapolis and starred at Stanford, has yet to make a bogey at El Camaleon in 33 holes.

For all the attention on the youth movement golf, Harkins is a different kind of rookie. He has toiled on the smaller tours, particularly in Canada on the Mackenzie Tour, to finally earn his card. He began his rookie season with a tie for ninth at the Safeway Open.

He finished up the second round of the OHL Classic with his name on the leaderboard, though it wasn’t quite the finish he had in mind. Starting on the 13th hole, Harkins alternated making birdies and bogeys until he drove into a fairway bunker on the 18th, didn’t get on the green and failed to get up-and-down.

“Definitely exciting,” he said of his name on the board. “But to be honest, I didn’t really watch any board. Wasn’t quite the finish I was looking for, trading birdies and bogeys like that, but I really can’t complain in the wind like this.”

Kizzire also had to lean on patience in the tough weather.

“I had a few hiccups out there, but with the wind and the rain – and with the wind and rain together – it was tough,” Kizzire said. “And the stop and start was tough. But I hung in there, made a few birdies there toward the end of my round and then survived that really tough rain that we had there at the end.”

Oscar Frausto had a 66 and at 7-under 135 had the low score among the five Mexican players in the field. Roberto Diaz, who also competed in the World Golf Championship in Mexico City earlier this year, had a 65 and was another shot behind.