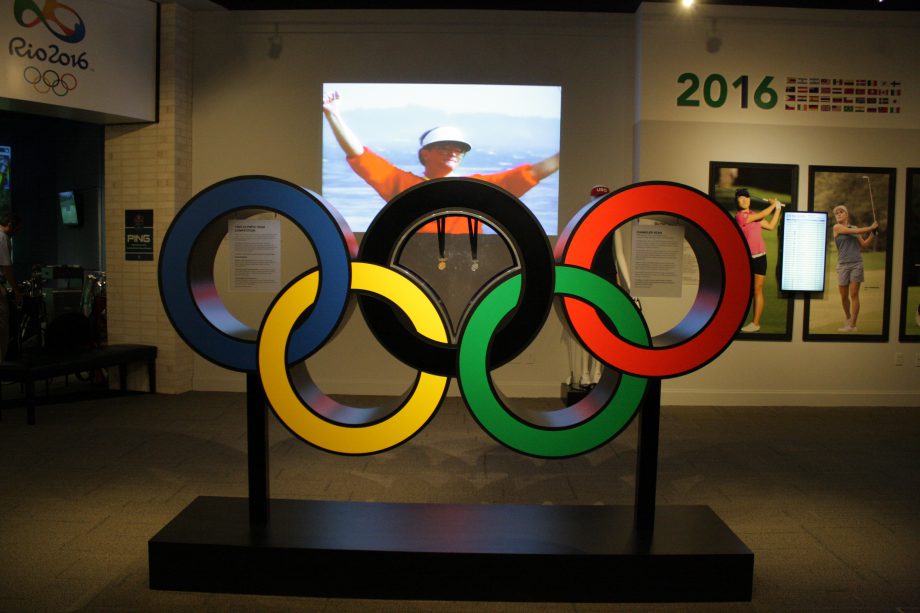 “I think we created a special golf course that the city of Rio will be proud of long after we’re gone,” said Amy Alcott. “And as I stand here in the World Golf Hall of Fame’s ‘Road to Rio’ exhibit, I feel much closer to the project. While I wish I would’ve had the opportunity to play in the Olympics for my country, being here is really the next best thing.”

Located upstairs adjacent to the Nancy Lopez exhibit, the “Road to Rio” exhibition takes guests on a historical journey through Olympic golf, beginning in 1900 when golf was first played in the Olympics, to the 1904 Games in St. Louis – the last time golf was included in the Olympic schedule. Fast-forward to 112 years later, golf will make its highly anticipated return to the Olympics in Rio de Janeiro, Brazil this August.

The featured artifacts in the “Road to Rio” exhibition are two rare gold and silver medals won by H. Chandler Egan at the 1904 Summer Games. Egan’s medals represent his achievements in the individual and team competitions. Egan, a Chicago native and a member of the Exmoor Country Club, was captain of the Western Golf Association team that won the gold medal at Glen Echo Country Club in St. Louis. Additionally, he won the individual silver medal, finishing runner-up to Canadian George Lyon. The Olympic Golf Trophy won by Lyon is on display at the Canadian Golf Hall of Fame and has toured to several events this year, including the PGA Show in Orlando, as well as a handful of PGA and LPGA Tour events.

In addition to seeing the Olympic medals, fans visiting the exhibit can learn more about the Olympic qualifiers, the Olympic uniform changes from 1900 to 2016, and even take a photo atop the Olympic podium holding their country’s flag.