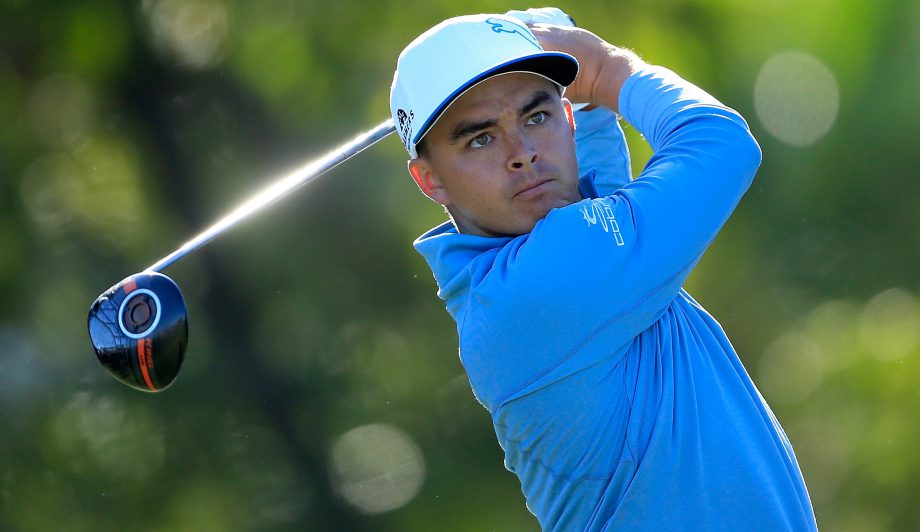 PALM BEACH GARDENS, Fla. -Rickie Fowler kept bogeys off his card for the second straight round Friday for a 4-under 66 and the early lead in the Honda Classic.

In some respects, it was identical to Fowler’s opening round – no bogeys, another 66 in windy conditions and a big par save on his 10th hole. Having started on the back nine, Fowler worked himself out of his toughest spot well right of the fairway and managed to get up-and-down for par to keep some momentum.

Otherwise, this was a clean day. His longest par putt was 12 feet on the fourth hole after driving into the bunker, and he ended his round with a 25-foot birdie putt on the ninth hole to reach 8-under 132.

Jimmy Walker finished birdie-eagle, holing a 40-foot putt on the 18th hole for a 66 and was one shot behind. Sergio Garcia had a 69 and was another stroke back.

Fowler is the first person to go bogey-free over the opening 36 holes at the Honda Classic since it moved to PGA National in 2007.

“I’m definitely pleased about that,” Fowler said. “Got a nice break on 1 to kind of continue that. But yeah, I kept myself in it with some up-and-downs, made some good putts, and then continued to move forward. Made a couple birdies coming in, so it was a little bit of a bonus there at the last.”

Rory McIlroy was hopeful of a bonus to keep playing.

He headed home after a 72 and it was uncertain if he would be back this week. McIlroy took a triple bogey on the par-5 fifth – his 14th hole of the round – and a birdie on the final hole put him at 4-over 144. He would not speak to reporters as he left the course.

It would be the second straight year for McIlroy to miss the cut.

Fowler has bounced back nicely from giving up a two-shot lead with two holes to play in his last tournament at the Phoenix Open. And he put in some good practice last week after returning home to Florida.

The scores didn’t count, but they were impressive.

The first two days of the Honda Classic haven’t been too shabby, either. Even though he lost the late lead in Phoenix and missed the cut at Torrey Pines, Fowler has been quietly moving into the conversation of the elite players this year. He finished fifth at Kapalua to start 2016, won against a strong field in Abu Dhabi that included Jordan Spieth and McIlroy, and now is the player to catch at PGA National.

Walker missed the cut at Riviera last week, though he has been steady since a tweak to his swing in the offseason. Except for Riviera, he has not finished lower than a tie for 13th since October.

So far, the 18th hole has been kind to him. On Thursday, Walker went into the water and made a 12-foot putt to escape with par. On Friday, he was trying to lag his long eagle attempt and “luckily, the hole got in the way.”

Garcia held his own for a big part of the round until he three-putted for bogey on his 10th hole (No. 1) and Fowler built his lead by making birdies.

“Tomorrow is going to be an important day,” Garcia said. “Rickie is playing really, really well, so I’m going to have to play extremely well to keep up with him. We’ll see. Hopefully we have a good chance on Sunday. See what we can do.”

Graham DeLaet had a 70 and was 2-over and will be the lone Canadian to play the weekend.

Adam Hadwin had a 77 that included four double-bogeys, he was 5-over.

Mike Weir and David Hearn both finished at 8-over.