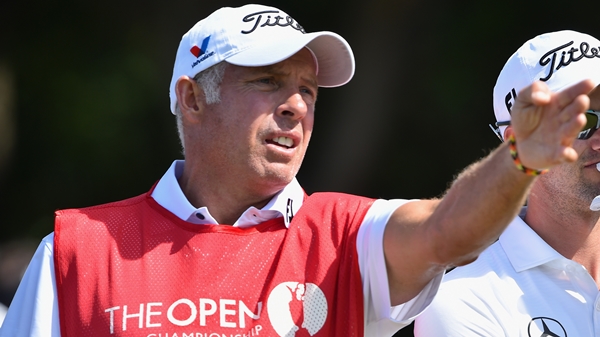 WELLINGTON, New Zealand – New Zealand caddie Steve Williams says he plans to retire but will consider offers of part-time work next year and would team up with former boss Tiger Woods, if asked.

Two weeks ago, Williams ended a 3-1/2 year association with Adam Scott during which Scott rose to become the world’s top-ranked golfer and the first Australian to win the Masters. The 50-year-old Williams told Fairfax Media on Thursday he wants to reduce his caddying to spend more time with family in New Zealand.

He said he is “90 per cent certain it’s going to be a permanent break from caddying” but he will consider working part-time in 2015.

Asked if he would be prepared to work with Woods again, Williams said “he’s definitely someone I’d consider.”

“He’s a tremendous talent, but it’s hard to say right now because it’s only two weeks since I’ve hung up the clubs,” Williams said.

The 11-year professional and personal relationship between Williams and Woods ended in 2011 with some acrimony. Williams said they had met occasionally on tour since, though Woods’ recent injuries meant they had not seen each other often.

He said his move to scale down his caddying “wasn’t a tough decision.”

“At the end of the day, I’ve known in the back of my head that retirement or taking a break from caddying was on the horizon. I’ve done it for 36 years,” he said.

“I just came to the decision that it’s time to take a break. It allows me to spend summer here in New Zealand and spend more time with my family.”

Williams, who has a wife and a 9-year-old son, didn’t expect finding work to be a problem.

“I’ve already had a couple of offers to caddy, but I’m not sure that’s what I want to do,” he said, adding that he was exploring other opportunities.