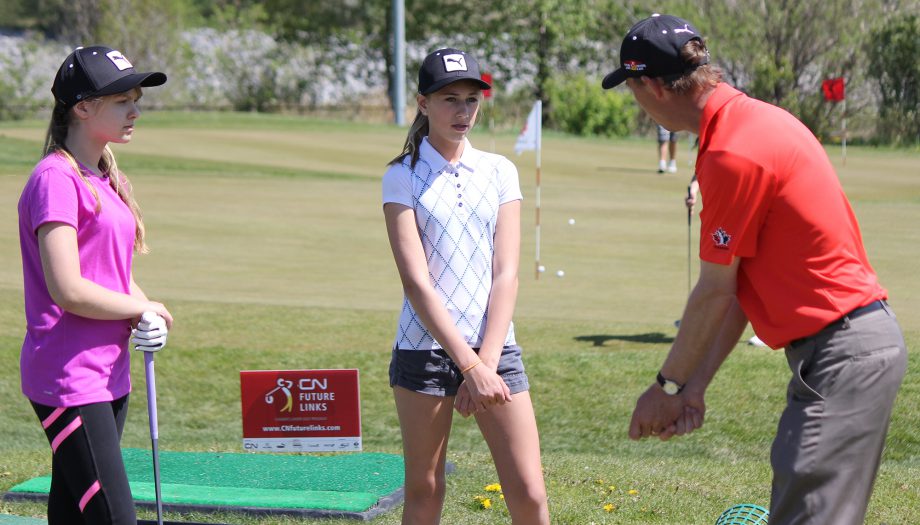 Canada’s flagship junior program, CN Future Links, is set to enter its twentieth year of golf on the heels of a season which saw Learn to Play numbers climb to reach record highs.

With the wind at its back, CN Future Links marched forward to hit 7,130 participants in the summer of 2015—up from 2,860 since 2010. Golf Canada’s Chief Sport Officer, Jeff Thompson, credits the national success of the program to strengthened collaboration with program partners.

“The measured success we have achieved with CN Future Links would be not be attainable without the continued support of our partners,” said Thompson. “Together, we have continued to push the needle in terms of evolving the program and growing participation at the grassroots level.”

Nationally, CN Future Links is powered by a team of dedicated supporters, led by title sponsor CN railway. Since 2006, CN has been at the forefront of junior golf in Canada, extending the values of the sport while promoting health and safety to youth to communities across Canada.

Learn to Play, the feature program of CN Future Links, has continued to evolve over its 12 years of existence, most recently with a free mobile app for instructors and a new progress reward from apparel sponsor, Cobra PUMA Golf. Upon completing one of the four stages, participants receive a highly popular Puma hat branded with the CN Future Links stage colour completed (at no cost to the instructor).

The diagram below outlines how each reward aligns with golf’s Long-Term Player Development Model and PGA of Canada’s coaching stream context.

Looking to get a jump on next year’s programming? Learn more about CN Future Links here.