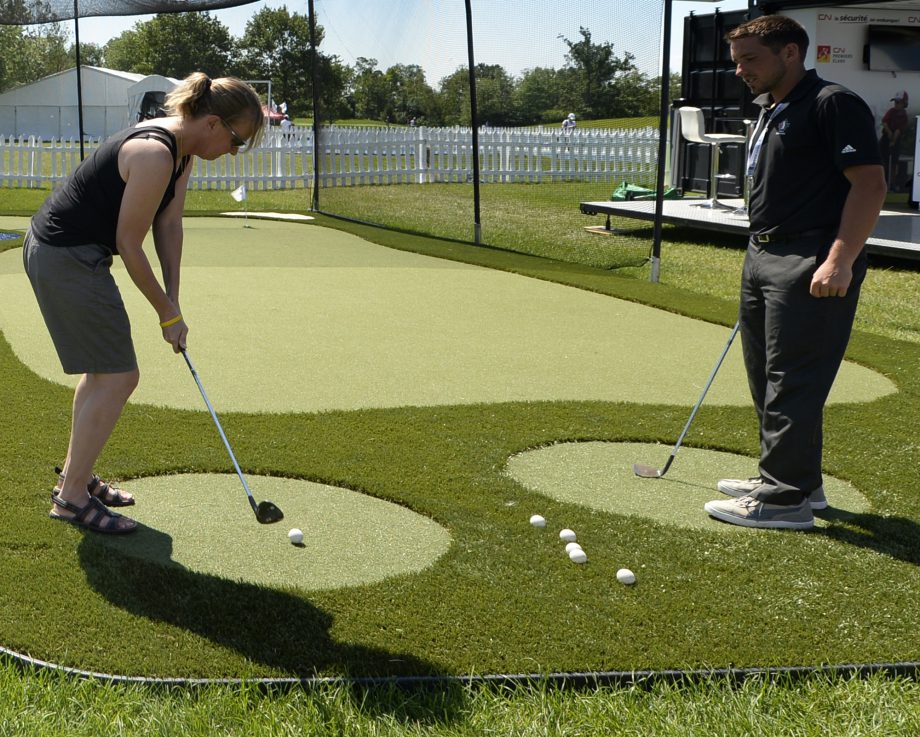 Before the recent federal election, I bet most of you thought we of the “Millennial Generation” could care less about politics. You would have been wrong.

“Advance polling stations on some campuses attracted 70,000 students to cast a ballot, and one student representative believes that even though the student and youth vote has been traditionally low, they are plugged in to politics,” according to CBC News.

“The huge number of early student voters dispels this myth that we are apathetic or uninterested in politics,” said Rajean Hoilett, chairman of the Canadian Federation of Students in Ontario.

Someone actually made an effort to attract those of us belonging to Generation Y (born anywhere from the 1980s to the early 2000s). And, for the first time, a political party reached out via social media to engage us. Not surprisingly, that party now forms our new majority government.

I apologize for the lengthy political preamble, but there is a valuable lesson here for golf and for those who are entrusted with its future well-being. That is, those who think my generation could care less about golf. Again, you would be wrong.

The U.S. National Golf Foundation recently released a survey report called Golf and the Millennial Generation. It concluded that “Millennials have a much closer connection to golf than many people think. We also confirmed that the sport has significant, and realistic, potential to grow participation among this vital demographic. However, the research behind the report also tells us that golf requires a modernization of its brand to effectively, and materially, broaden its appeal among 18- to 34-year-olds.”

The NGF could have saved itself a lot of money had it just spoken to my friends and me.

Overall, we get the feeling that there is no place for us in golf in Canada. Many of those in charge of the game don’t seem to genuinely want to grow the game, even though they say they do.

We don’t want gimmicks like Foot Golf or 15-inch holes. We don’t want to wear our caps backwards or surf around on GolfBoards.

What we do want is for the golf industry to take us seriously. We don’t have a lot of money right now. What we do have is a love of the game. The money will come later but not building a relationship with us now will cost them big time in the years to come. If golf doesn’t welcome us now, and cater to our wants and needs, we will find other opportunities to spend our money and never come back to golf.

We don’t understand why the golf “industry” seems so resistant to change and to technology. Just about everyone these days, and my generation in particular, is online—a lot. We communicate digitally. We use apps for everything. We research online and then we purchase online. And, whenever possible, we make our golf decisions online.

The NGF report concurs. “Consider the project journey, from booking a tee time all the way through to the 19th hole, from a Millennial’s perspective, and how that experience should be marketed.”

Simply put, to attract us, every physical aspect of a golf facility should be available virtually. Get online and develop useful apps so we can use our ever-present devices to book our times, post our scores, track our statistics, determine our yardage, order food on the course, find playing partners and leagues, and so much more.

The NGF report said Millennials comprise a quarter of current golfers and make up more than half of golf’s latent demand. Although that is a U.S. finding, we can assume it roughly applies to Canada.

It would be nice if golf made us feel welcome.

And it would be good for the game, too.

To learn more about the NGF’s report, Golf and the Millennial Generation, click here.

Editor’s Note: William Gordon is the son of veteran golf writer John Gordon. He is 28, belongs to a golf club in the Greater Toronto Area and works in the technology industry. You can follow him on Twitter @itsWillGordon.