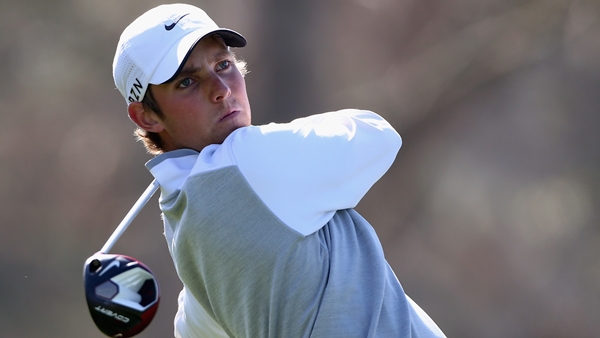 A total of 44 players competed over 18 holes of stroke play at Marine Drive with the top-15 percent of the field and ties (top seven competitors and ties) advancing to the final Monday Qualifier to be held Monday, July 21st at Club de Golf St-Raphaël in Île-Bizard, Que

Chris Williams of Moscow, Idaho claimed medalist honours after posting 1-under 70 to advance through to final qualifying.

Langley B.C.’s Adam Cornelson finished at even-par in solo second, while Dakota Robinson of Discovery Bay, Calif., Alex Francois of Burnaby, B.C., and David Byrne of Essex, Ont. finished at 1-over in a tie for third.

Rounding out the list of players advancing to the final Monday qualifier for the 2014 RBC Canadian Open were Kevin Stinson of Mission, B.C., Roberto Lupini of Johannesburg, South Africa and Vancouver’s Ryan Williams after 2-over 74’s.

Each of the three regional qualifiers will feature 18 holes stroke play with the low qualifier at each site receiving an exemption directly into the 2014 RBC Canadian Open field (provided the starting field is a minimum of 100 competitors at each site.)  The top 15% of finishers at each regional qualifying competition are eligible to compete at final qualifying. In addition, the top 15% does not include the low qualifier when over 100 competitors participate and a direct exemption is provided.

Final qualifying is scheduled for Monday, July 21st at Club de Golf St-Raphaël in Île-Bizard, Que. Participation is limited to those competitors receiving requisite exemptions, or individuals who have qualified through regional qualifying. The event will feature 18 holes of stroke play, with a minimum of four (4) spots directly into the 2014 RBC Canadian Open field. The entry deadline is Monday, July 14th.

The qualifying competition is open to members in good standing of the PGA of Canada or other PGA affiliates, amateur golfers (with a current Handicap Factor not to exceed 2.0) who are members of clubs belonging to Golf Canada or clubs in other countries in good standing with their respective associations, and other golf professionals.

In all, a total of 24 exemptions, including the seven (7) awarded through regional and final qualifiers are available for the 2014 RBC Canadian Open at The Royal Montreal Golf Club in Île-Bizard, Que.