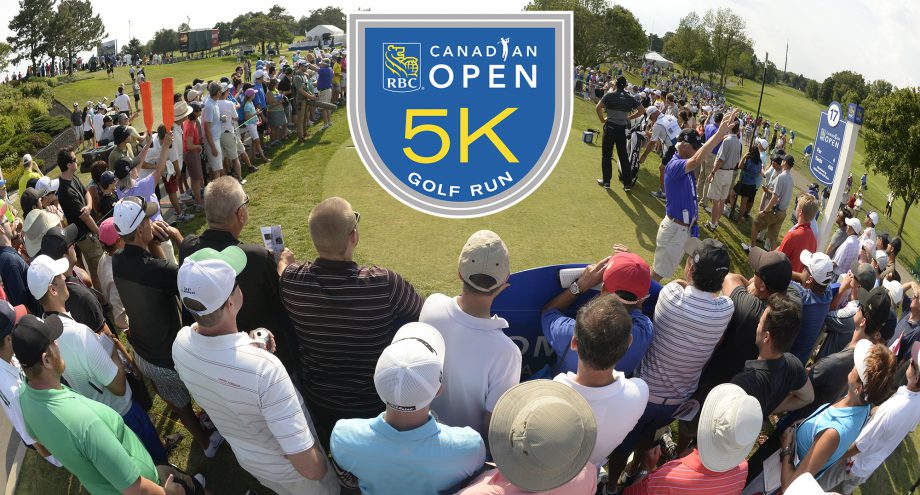 The five kilometre run or walk along the grounds of 2016 RBC Canadian Open host venue Glen Abbey Golf Club will take place on Saturday, July 16, 2016 beginning at 9:00 am. Open to the general public including golf fans, runners, walkers and recreational enthusiasts of all ages, the RBC Canadian Open 5K will be celebrated as part of the 107th playing of Canada’s National Men’s Open Golf Championship.

“We want to celebrate the RBC Canadian Open as a party and launching the RBC Canadian Open 5K has the opportunity to expose the event and Glen Abbey to a potential new audience of running and fitness enthusiasts,” said RBC Canadian Open Tournament Director Brent McLaughlin. “Health and wellness along with physical fitness align with golf’s impact on a healthy active lifestyle and organizing a run through the golf course brings those elements together. Landmark Sport Group brings tremendous race expertise and we are excited to partner in delivering a truly unique golf and fitness experience leading into the 2016 RBC Canadian Open.”

The RBC Canadian Open 5K route will start near the first tee of the championship course, ultimately finishing alongside the iconic and picturesque 18th green at Glen Abbey Golf Club. The event is tailored to both the traditional and non-traditional running audience and will provide all participants with the full runner’s experience of a timed event, participant bibs, shirts and medals for all. Although the event will have a predominant running theme to it, it is also designed to entice and encourage golf fans to participate in an experience to run or walk on a PGA Tour ready championship golf course just days prior to challenging the stars of the PGA Tour.

“As an avid golfer and runner, I was thinking of a way to combine both of these sports into one completely different and unique event. That is where this idea was born,” says Elliott Kerr, President of Landmark Sport Group, Inc. “This exclusive experience will be a one-of-a-kind opportunity for both golf and running enthusiasts to have access like never before to a RBC Canadian Open course. We could not be more excited to bring this event to both the golf and running communities.”

In addition to the already unique and exclusive nature of RBC Canadian Open 5K, participants will also be invited to watch live the third-round coverage of The British Open Championship both on the big screens located along the race-route and within the Molson Canadian 67 Beer Gardens, where all participants can relax and cool down post-race.