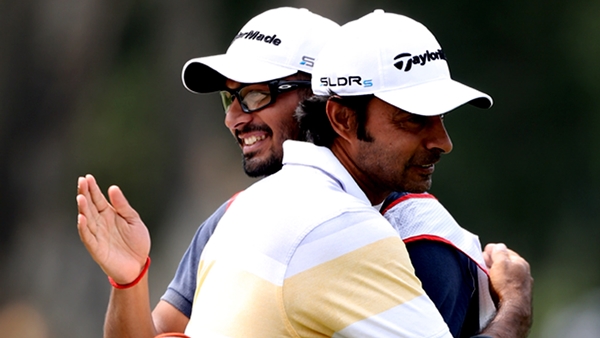 HONG KONG – Jyoti Randhawa shot a 6-under 70 Thursday to take a one-stroke lead after the first round of the Hong Kong Open.

Angelo Que (65) was in second place, one ahead of group of nine others at 66 that included four-time major champion Ernie Els.

Els, who turns 45 on Friday, was playing in his first tournament during a month-long Asian swing which will also take him to Macau and China.

“I missed three very makeable putts on the back nine and that hurt a little bit,” Els said after carding six birdies and two bogeys.

“I was cramping badly and was very sick. I had been vomiting and going out all night. I couldn’t even sleep,” said Jimenez, who is bidding to join Tiger Woods, Tom Watson and Bernhard Langer as the only people to have won the same tournament five times.

Que, who is from the Philippines, shot his first bogey-free round of the year.

“I putted like a maniac,” Que said. “My first birdie putt was a 40-footer and after than things just fell into place.”

Canada’s Richard T. Lee opened with a 3-over 73 and was tied for 115th after the opening-round.