Rahm happy with 1-shot lead, not so much with FedEx format; Hughes T17 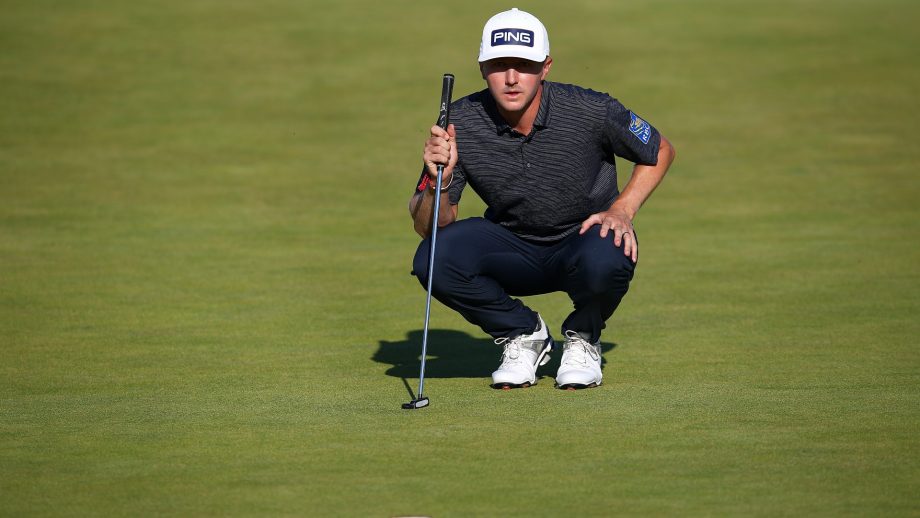 JERSEY CITY, N.J. (AP) Jon Rahm is young enough at 26 that the FedEx Cup has been a big part of the PGA Tour as long as he has been chasing his dreams, and winning the trophy would mean a lot to him.

He just doesn’t like the way it works, and building a one-shot lead Friday in The Northern Trust was only a reminder that great golf doesn’t really mean much without a great finish.

“I don’t like it. I don’t think it’s fair,” Rahm said Friday after another bogey-free round at Liberty National, this one a 4-under 67 for a one-shot lead over Tony Finau.

What never made sense to him was someone who could win the all the postseason tournaments and then finish with a dud at the Tour Championship and “you can end up with a really bad finish.”

The PGA Tour was trying to create drama among more than a few players at the final event. This is the postseason, and the example often cited was the New England Patriots going undefeated until losing the Super Bowl.

Rahm had an answer for that, too.

For now, Rahm can only worry about the tournament at hand, and while he has produced a mixture of great shots and great saves to reach 12-under 130, he still has his hands full.

“Believe it or not, hit my fair share of bad shots today,” Rahm said. “Much like yesterday, I was able to save a couple of good ones. Coming into the weekend, I’m definitely going to have to clean a couple of those mistakes up.”

Finau had a 64 with a bogey on the final hole as he tries to secure another spot among the 30 who make it to the season-ending Tour Championship, along with boosting his bid to play his way onto another Ryder Cup team.

Olympic gold medalist Xander Schauffele tied his personal best on the PGA Tour and the course record at Liberty National with a 62 and was in the group at 10-under 132 along with Justin Thomas (69) and Keith Mitchell (64).

Thomas, who shared the 18-hole lead with Rahm, couldn’t figure out which way the ball was going in making four bogeys in eight holes, only to play his last five holes in 5 under that included an eagle at the par-5 eighth to stay in the mix.

Mitchell did his work at the start of his round by running off six straight birdies, a streak that ended on the 18th hole as he made the turn. He took two shots to get out of a longer bunker and made double bogey on No. 7, only to close with two birdies.

More is it stake for Mitchell, who is No. 101 in the FedEx Cup and needs a high finish to be among the top 70 who advance to next week at the BMW Championship.

Jordan Spieth got back in the game with a consecutive eagles he holed out from the fairway on the par-4 fifth and holed a chip from the edge of the water on the par-5 sixth and tied the course record himself at 62. That left him four behind, along with Brooks Koepka (64).

Spieth started the day worried about making the cut, especially after a bogey on the opening hole. He ended it in a tie for 10th, and figures he led the field in luck with those eagles.

“When things starting well, you go on a run, right? You get momentum and the ball finds the cup and when it’s not going well it bounces the wrong way,” he said. “I feel like I’m on the right side of some momentum right now and I just have to keep it going.”

Canada’s Mackenzie Hughes remained inside the top 20 after the second round, completing the day with a 69 tied for 17th.

For others, their season is over.

Adam Scott, who missed a 4-foot putt in a playoff that would have won the Wyndham Championship last week, followed an opening 67 with a 75 to miss the cut by one shot. He was among 28 players outside the top 70 in the FedEx Cup who missed the cut.

Rahm isn’t the only player who doesn’t like the postseason model.

The new system that began in 2019 awards a two-shot lead to the No. 1 seed at the Tour Championship who starts at 10-under par.

“At the end of the day you could win 15 events, including both playoff events, and you have a two-shot lead,” Rahm said. “I understand it’s for TV purposes and excitement and just making it more a winner-take-all and they gave you a two-shot advantage. But over four days, that can be gone in two holes, right?”

He doesn’t have a solution of his own. And he does like the idea that with a staggered start of 10 under for the top seed down to even par for the final five players in the 30-man field, at least players know what they have to do.

He just knows the FedEx Cup is a trophy he’d like to have.

For now, Rahm can only do so much, and the world’s No. 1 player is doing it well.