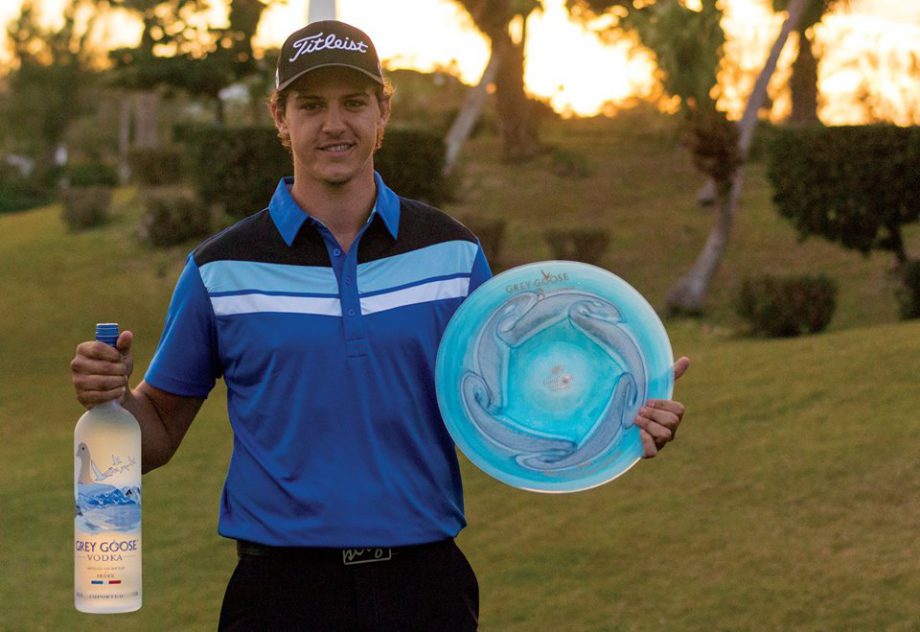 Southampton, Bermuda — Rafael Becker looks like a guy who has it all figured out. He’s young, well spoken, polite and his talent on the golf course is world class.

But once you start to peel back the layers, you realize the 24-year-old from Sao Paulo, Brazil is actually a lot more like many his age who are just trying to find out what actually defines them as a person.

Becker admitted he hasn’t been having fun on the golf course the last couple years. But, on this warm Saturday afternoon in Bermuda, he could finally let his guard down and smile again after winning the Grey Goose World Par 3 Championship.

“I’ll be very honest with you; the last couple years have been tough and I haven’t been having very much fun playing golf,” said the former three-time Brazilian amateur winner. “Part of the reason I came to Bermuda this week was to chill out, enjoy this island paradise and try and find a little bit of myself again.”

“I haven’t won in a while, so it was nice to get out there this afternoon and get the adrenalin going again because I really like that feeling,” Becker said. “Financially this win is going to help me a lot because it’s expensive to travel around the world chasing golf tournaments.”

This week was Becker’s maiden voyage to the island of Bermuda and he said he’ll definitely be coming back again to the place he described as paradise thanks to it’s gorgeous scenery and friendly locals.

“From the moment I arrived at the airport I’ve felt very welcomed,” Becker said. “It’s said that Brazilian people are really warm and welcoming, but Bermudians might be even more so.”

In addition to the professionals in the championship, the 150-player field is rounded out by an impressive list of amateur golfers—from Bermuda, the United States, Canada and Europe—vying for titles in the men’s, women’s and senior amateur divisions.