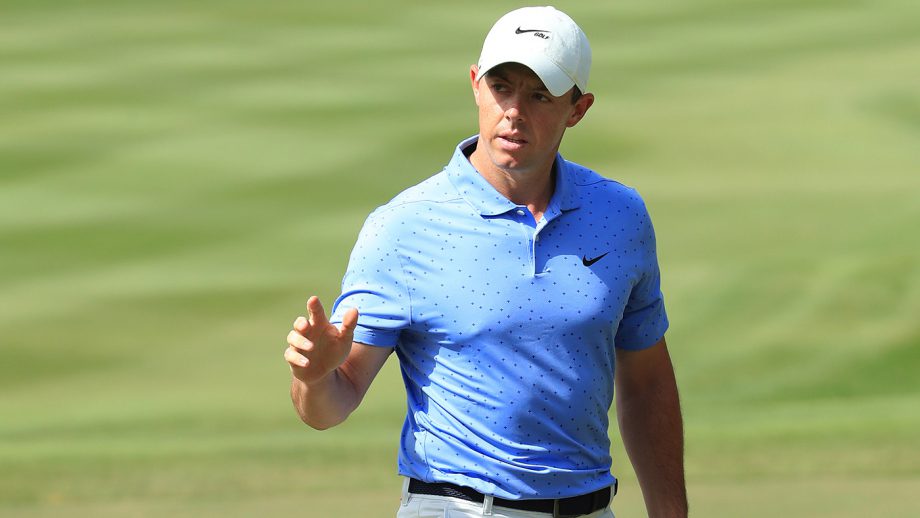 The PGA Tour makes its first stop at Torrey Pines this season for the 2021 Farmers Insurance Open.

With the famous course also hosting this year’s U.S. Open, it’s a little surprising that only three of the top-10 players in the world will be competing.

Jon Rahm, Xander Schauffele and Rory McIlroy lead the 156-person field heading into San Diego, California where they’ll be playing on both the North and South Courses the first two days. The final two rounds are both on the South.

Built along the California coastline, Torrey Pines is one of the most picturesque stops on tour with mesmerizing views of the Pacific.

The North Course (par 72, 7,258 yards) is significantly easier to score on versus the South. Expect players to card their lowest round of the week whichever day they play on the North.

At 7,765-yards, the South Course will be the first track of the year where distance will significantly factor into the results. Considering how this course rates in driving accuracy, expect length to be a common advantage among the leaders this weekend.

With the majority of Torrey South’s par 4s playing 450 yards or more, expect the bombers to get aggressive on the four par 5s where most of the scoring will be done.

The key stats to follow heading into the weekend will be driving distance and strokes gained: approach the green. In three of the last four years, the winner has ranked T5 or better in SG APP.

Notables in the Field

Jon Rahm – The betting favourite heading into the tournament, the world’s number two golfer is primed for a strong showing once again at Torrey Pines. Last year, he was runner-up to Marc Leishman and won the tournament back in 2017. He clearly performs on this course and has the game profile to match.

Rory McIlroy – Finishing top-5 in this event the last two seasons, McIlroy has the tournament history and current form to be in contention Sunday. He’s finished no worse than T21 over his last seven events and is coming off a third place finish in the Abu Dhabi HSBC Championship last week.

Xander Schauffele – Currently ranked sixth in the world, Schauffele is in peak form having finished T25 or better in his last 12 tournaments. Unfortunately, the San Diego native hasn’t found success at the Farmers Insurance Open missing the cut in four of the last five tournaments. With no fans in attendance this weekend, perhaps some of the hometown pressure will be taken off his shoulders.

Marc Leishman – The defending champ is coming off a stellar T4 performance in Hawaii where he carded four consecutive rounds of 66 or better. Over his career, he’s had two second place showings and finished top-10 five times at the Farmers Insurance Open. With that being said, he currently ranks outside the top-100 in both driving distance and accuracy for 2021 suggesting he’ll have an uphill battle at Torrey Pines.

Jason Day – A two-time winner of this tournament, Day is still a top-15 betting pick even though he’s not at his best right now. Since finishing T4 at the PGA Championship, he’s missed the cut in three of his last nine tournaments. He hasn’t played since the RSM Classic in November so perhaps the time off will yield some better results to start 2021.

Corey Conners – Of the seven Canadians competing this week, Conners has the best combination of current form and skillset to challenge for the win. Over the first 15 weeks of the 2020-21 season, Conners ranks 20th in strokes gained: off-the-tee and 46th in strokes gained: approach the green. He’s coming off five consecutive top-25 performances and has the highest betting odds out of the bunch.

Adam Hadwin – Even though Hadwin is the most accomplished of the seven, he comes into the Farmers Insurance Open in need of a strong performance. He missed the cut in his last three tournaments of 2020 but encouragingly finished T32 at The American Express last week. He’ll need better consistency from tee-to-green especially on the South Course but his short-game has been in fine form. He was 11th last week in strokes gained: putting and 17th in strokes gained: around-the-green.

Mackenzie Hughes – No Canadian was hotter than Hughes in 2020. He finished the season 14th in the FedExCup standings with three top-3 finishes. Unfortunately over the last two seasons, he’s gotten off to slow starts. In 2020 he missed his first five cuts before finishing second at The Honda Classic in February. In 2019, he started the year missing four of his first six cuts. Coming off a T19 finish in Hawaii, Hughes looks ready for a career-year in 2021.

Roger Sloan – Even though Sloan has missed the cut two years in a row at the Farmers Insurance Open, his stats for 2021 paint a promising picture. He currently ranks 38th in strokes gained: off-the-tee and 88th in strokes gained: approach the green (second amongst the Canadians). Considering the Poa Annua greens at Torrey Pines’ South Course, his strong ball-striking will be necessary to go low this weekend.

David Hearn – The veteran of the group, Hearn’s hot putting will be needed to carry him into the weekend. Through the first 15 weeks of the 2021 PGA season, the Brampton-native ranks 10th in strokes gained: putting. He finished T8 at the Bermuda Championship two years in a row and will look to carry that form to make the cut at the Farmers Insurance Open for the first time in his career.

Michael Gligic – The newest PGA Tour member of the bunch, Gligic opened the 2020-21 season making four of his first five cuts highlighted by a T11 finish at the Bermuda Championship. Considering the layout of the South Course, the Burlington-native’s length off the tee (26th on the season) will be critical to his success this week. His putting continues to improve as well, ranking 53rd on the year in strokes gained: putting.

Jared du Toit – Having played most of his professional golf on the Mackenzie Tour and PGA Tour Latinoamerica over the last four years, du Toit will be participating in his first PGA Tour event outside of the RBC Canadian Open this week. After birding the first playoff hole of Monday’s Farmer Insurance Open qualifier, du Toit is now scheduled for an 11 am PT tee time on the North Course at Torrey Pines.

Throwin it back to the time @Jareddutoit played in the final group at the 2016 @RBCCanadianOpen ? pic.twitter.com/MgXDvL36T0