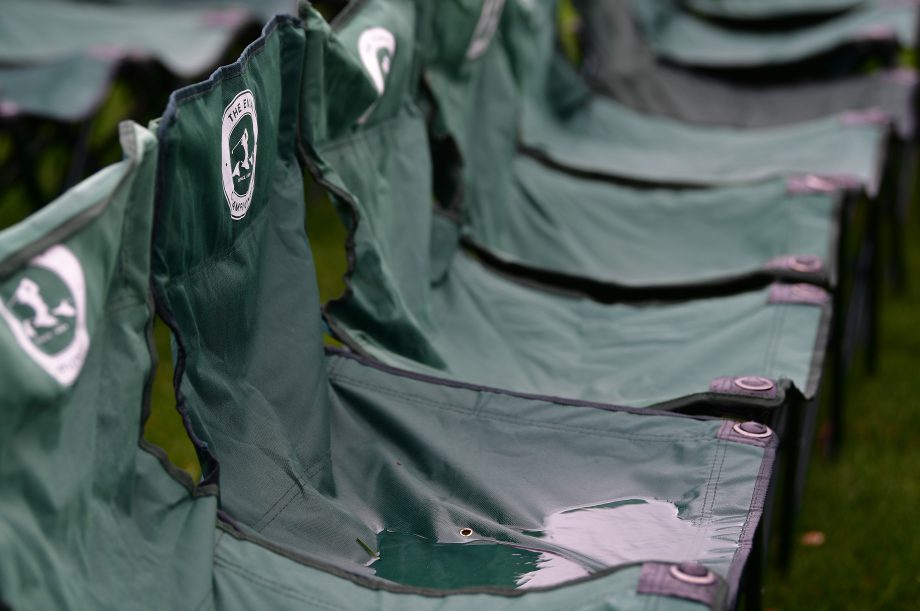 EVIAN-LES-BAINS, France – Rain and strong winds have forced Thursday’s play to be scrapped at the final women’s golf major of the season, which will start afresh on Friday as a 54-hole event.

LPGA Tour Commissioner Michael Whan said what the little play was achieved Thursday morning at the Evian Championship is wiped from the record.

Whan announced the abandonment at 2:30 p.m. (1230 GMT) almost 4 1/2 hours after players had been called off the wind-swept course overlooking Lake Geneva.

“Nobody even played half a round,” Whan said, adding that a 54-hole championship finishing Sunday offered the “cleanest, fairest, most competitive” option.

“We know that if we said 72 holes and we start again tomorrow (Friday), we’re probably looking at Monday and Tuesday, and that’s not great for anyone,” Whan said.

Forecast weather is for “pretty good” playing conditions for the next two days and some more rain Sunday, Whan said, noting that 45 mph (72 kph) gusts were experienced Thursday.

The leaderboard had been headed by top-ranked So Yeon Ryu of South Korea and Jessica Korda of the United States on 2 under. Ryu finished five holes while Korda had gone through eight.

A re-start was good news for Ai Miyazato, the former No. 1 from Japan playing her final event before retiring. The 2009 and 2011 Evian champion was 3 over through six holes.