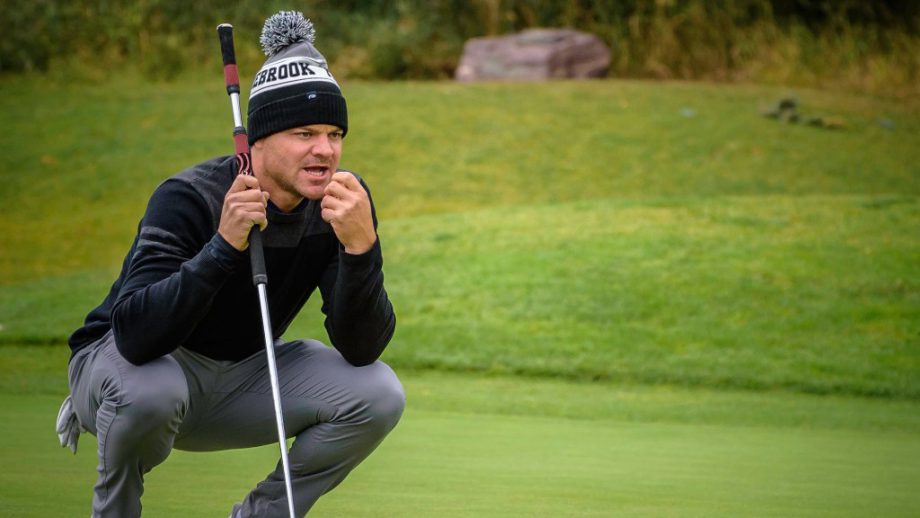 CALGARY – Albert Pistorius is proving the old adage that if you want to be successful on the golf course it’s probably best not to have any expectations.

“Two-days before the tournament I was hitting it so badly that I actually considered not teeing it up,” Pistorius admitted after his second round. “So, I’m really surprised that I’m playing this well, but that’s just it, though—when you don’t have expectations that are too high you usually end up playing pretty well.”

The associate professional at Pinebrook Golf & Country Club in Calgary has rattled off rounds of 66-64 at The Winston Golf Club and leads the PGA Assistants’ Championship of Canada presented by Callaway Golf by four shots heading into Wednesday’s final round.

The 37-year-old native of South Africa holds a three-shot lead over fellow Calgary resident and 2016 PGA Assistants’ winner Dustin Risdon and four shots over the PGA of Canada’s No. 1-ranked player Marc-Etienne Bussieres.

Pistorius—a former Sunshine and European Tour player who was once ranked No. 700 in the Official World Golf Ranking—converted nine birdies Tuesday at The Winston. Pistorius says he’s obviously pleased with his play thru two rounds of the national championship.

“I’ve had a knee injury this year and this is only my 15th round of the season, so I’m pretty happy with how I’m playing,” he said. “I’ve found something in my swing and I’ve only missed two greens over the two days, which has led me to have a bunch of opportunities for birdies.”

Pistorius has converted those birdie looks and leads the field with 16.

Risdon, who sits just three shots back of the lead, knows a thing or two about making a lot of birdies, too. When he won the 2016 PGA Assistants’ Championship of Canada at Lora Bay he strung together rounds of 67-67-64, cruising to an 11-shot victory. He says he’ll need another final round tomorrow at The Winston like the one he had two years ago if he has any shot of winning a second PGA Assistants’ title.

Sitting alone in third, just four shots off the lead is Bussieres, the PGA of Canada’s No. 1-ranked player. The 32-year-old from Quebec is a past winner of the PGA Championship of Canada (2016) and last year’s PGA Assistants’ Championship of Canada, where he came from five shots back heading into the final round.

“Sometimes it’s just easier to come from behind for the win than it is to hold on to your lead,” Bussieres said. “But either way, I need to get my putter going and if that happens I’m pretty confident in my game and my chances.”

The Alberta squad (Risdon, Heffernan, Riley Fleming and Eric Locke) won the 36-hole Inter-Zone competition Tuesday (which is compiled of four players on each team representing their respective PGA Zone and is contested over the first two rounds) by a shot over the team from Quebec.

First opened to the public as the Regal in 1923, The Winston Golf Club has matured over 90-years to become one of the finest in Calgary. The course has seen many changes in its day including a major re-design completed in 1992 by renowned golf architect Les Furber.
Formerly known as Calgary Elks, the course has played host to the 2007 Mackenzie Tour-PGA TOUR Canada’s ATB Classic and most recently the 2012 PGA of Alberta Championship.
Admittance to the PGA Assistants’ Championship of Canada is free and spectators are encouraged to attend during championship play.
For the full leaderboard and Wednesday’s final round tee times, click here.
Partner message