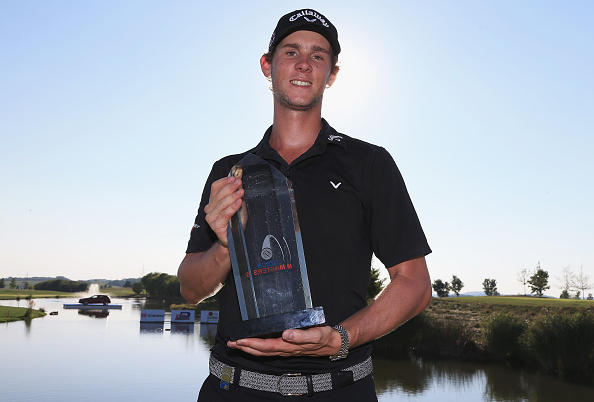 VYSOKY UJEZD, Czech Republic – Thomas Pieters shot a 3-under 69 on Sunday to win the Czech Masters by three strokes for his first European Tour victory.

Pieters overcame a bad start with a double bogey on the third hole by making four birdies the rest of the way to hold off Pelle Edberg of Sweden. The 23-year-old Belgian finished with a 20-under 268 at the Albatross Golf course near Prague.

“To be a European Tour winner it’s an amazing feeling right now,”Pieters said. “Right now it means everything, you work for it all year long, up till now my whole life. I played really well after making an early double.”

Edberg shot a 71 after mixing three birdies with two bogeys, with Matthew Fitzpatrick of England another shot back after a 68.

Edberg opened the final round with two straight birdies to surge into the lead before his hopes for a first European Tour win suffered a blow with a bogey on the 3rd and another on the 11th.

“Overall, I’m pleased,” “Edberg said. “This is a step in the right direction.”