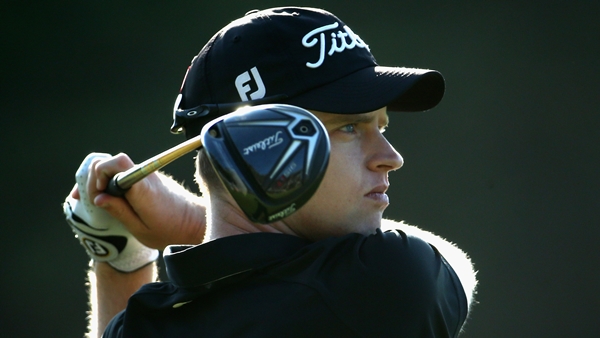 EAST LONDON, South Africa – Kevin Phelan and Matt Ford made 5-under 67s to share the first-round lead at the Africa Open on Thursday.

Phelan had six birdies and just one bogey at East London Golf Course. Ford made five birdies and was bogey-free.

They lead from a five-way tie for third made up of Richard Bland, David Howell, John Parry, Neil Schietekat and Eduardo de la Riva.

Ireland’s Phelan followed up his tie for second at the Joburg Open last weekend with a promising start in south eastern South Africa. He started on No. 10 in difficult, blustery conditions, but his slip on his second hole was his only bogey.

“I took advantage of the opportunities I had, and any time I was close to a green I made it up and down,” he said.

England’s Ford joined him at the top of the leaderboard after producing the only flawless round of the first day.

Three Englishmen, Bland, Howell and Parry, are among the chasers, while Schietekat is the only South African in the top seven players – an unusual sight for a tournament that has been won by a home player in its previous seven editions.

Spaniard De la Riva eagled his opening hole and also made three birdies in his first eight to have a share of the lead. But he double-bogeyed No. 9 and made par through his last eight holes.

In-form Englishman Andy Sullivan, who won the South African Open in January and last week’s Joburg Open for his first career titles, began with a level-par 72 in East London.