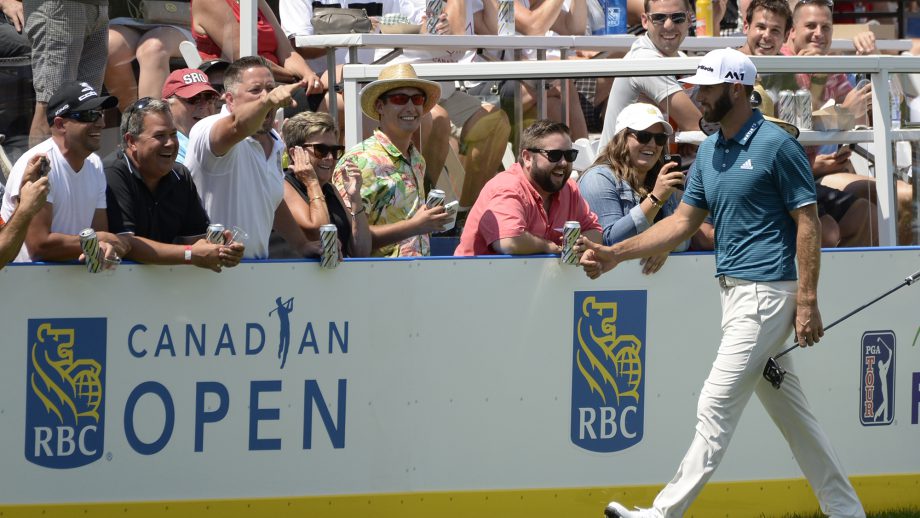 PONTE VEDRA BEACH, FLORIDA – For the first time in more than 20 years, the PGA TOUR is launching a new advertising campaign designed to capture and celebrate the energy and spirit of today’s TOUR.  Titled “Live Under Par,” the campaign plays on golf’s unique scoring language to portray the relentless pursuit of excellence by TOUR players, both competitively and in how they embrace the values of the game like sportsmanship and respect, as well as the PGA TOUR’s ingrained mission of giving back.

The thematic of “Live Under Par” immerses spectators into the contagious excitement of the sport, showcasing its vast 360-degree impact both inside and outside the ropes. As part of the current integrated marketing strategy of the TOUR, the campaign aims to reach beyond the core golf fan and attract new and diverse fan segments to the sport. Further, it will serve as a call to action for dedicated golf fans to share their passion for the game and invite newcomers to “join the PGA TOUR.”

“The ‘Live Under Par’ campaign goes beyond capturing the incredible ability of PGA TOUR players to score below par each week by showcasing and celebrating that same attitude of excellence that exists between players, players with fans, and players interacting with communities and charities,” said Joe Arcuri, Chief Marketing Officer of the PGA TOUR.  “The new campaign captures not just a way to play, but a way to be.”

You don’t need a club in your hand to #LiveUnderPar. pic.twitter.com/FvMqP25Y0s

Developed in collaboration with new roster agency Troika of Los Angeles, “Live Under Par” becomes the TOUR’s first new theme and tagline since “These Guys Are Good,” the longest-running advertising campaign among major sports, debuted in 1997.

“’Live Under Par’ is an invitation for both players and fans to participate, no matter which side of the ropes you’re on,” said Gilbert Haslam, Executive Creative Director, Troika.  “The campaign provides fans with new ways to engage in all the PGA TOUR has to offer and celebrates the shared mindset and spirit behind the constant pursuit of greatness. ‘Live Under Par’ is unique to the game, but with meaning that resonates far beyond it.”

The PGA TOUR has been proactively shaping marketing plans through a fans-first lens to reach beyond the core fan. The TOUR has analyzed real-time fan consumption across all media platforms to further understand and enhance the areas where target segments are most engaged.

One of the first initiatives the TOUR made under the fans-first approach was relaxing cell phone and social media guidelines at tournaments – providing both fans and players with the opportunity to create and share personally captured content. “Live Under Par” is a testament to the success of those changes and prominently features fan-captured content throughout the exhilarating commercial spot debuting in conjunction with the campaign.

“We consider this campaign more of an evolution, growing from how our players’ competitive excellence was presented so effectively through ‘These Guys Are Good’ to doing that and so much more,” Arcuri said. “We are pulling the camera lens out, so to speak, to highlight the fun and excitement on TOUR and highlight the special interaction we see every week between our players and fans. We believe this, in turn, will help spur broader interest among a more diverse group of fans.’”

“Live Under Par” will debut with a combination of television, digital, social, print, radio and advertising, along with tournament activation and support of PGA TOUR players. To experience the campaign, visit www.liveunderpar.com.