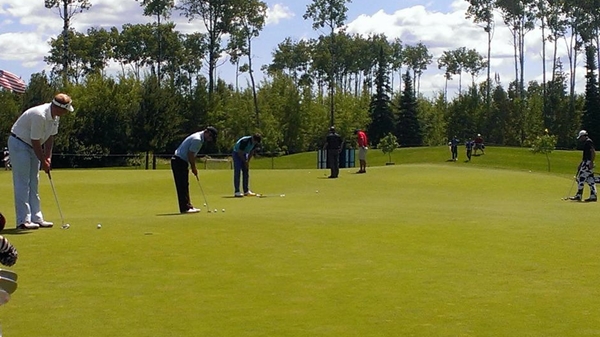 PGA Tour Canada will make its sixth stop of the 12-event 2014 season this week in Thunder Bay with the inaugural Staal Foundation Open presented by Tbaytel, marking the halfway point of the year.

Including this week in Winnipeg, PGA Tour Canada will play seven of the next nine weeks to conclude its second season.

PGA Tour Canada returns to Thunder Bay for the first time since 2001 for this weeks inaugural Staal Foundation Open presented by Tbaytel. The Staal Family Foundation, the charitable foundation of NHL brothers Eric, Jordan, Marc and Jared Staal, plays host to week-long schedule of events including a star-studded celebrity pro-am, culminating with PGA Tour Canada’s sixth event of the 2014 season.

The top three players on the Order of Merit through this week will earn a spot in next week’s RBC Canadian Open on the PGA Tour, taking place next week at The Royal Montreal Golf Club in Montreal.

PGA Tour Canada members Beon-Yeong Lee and Michael Gligic have already secured a spot in the field thanks to victories at regional qualifying.