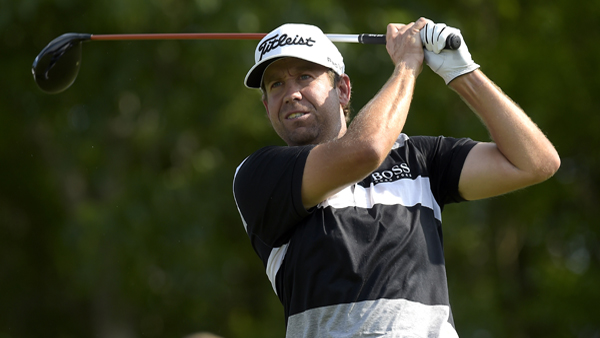 Ten years ago, golfer Erik Compton was a young professional beginning his second season on PGA Tour Canada, looking to make his way up the game’s ranks to the PGA Tour. Though the Miami native has gained most of his fame for his success story as a two-time heart transplant recipient, his pedigree as a player from the amateur levels onward has always been stellar, and he was about to show it playing in Canada.

Compton’s 2004 season on PGA Tour Canada would jumpstart his professional career, posting five consecutive top-three finishes at one point, capped by a win at The Players Cup in Winnipeg, and go on to win the Order of Merit. At the Zurich Classic of New Orleans in late April, where Compton finished tied for fifth, the former University of Georgia All-America looked back on the 10-year anniversary of his Order of Merit win knowing it helped fuel him to the new heights he would go on to reach.

“I think I have the confidence now that I had when I was playing PGA Tour Canada. I was very confident when I played in Canada, and I was very comfortable in my skin and knew what I was capable of, and I’m sort of getting to that feeling now,” said Compton.

His win at The Players Cup in Winnipeg is an experience that he still draws on to this day while playing the PGA Tour.

“The fans were just amazing,” said Compton. “I remember I stayed with some people and they were just so fired up about the event. It was like a PGA Tour atmosphere. They were so into the event, and that goes hand-in-hand with being more comfortable in a PGA Tour-type environment.”

Compton would go on to out-duel David Hearn, now a peer on the PGA Tour, on the back nine at Pine Ridge for the win. And as he looks to win for the first time on the PGA Tour, he knows he’ll have confidence from his days in Canada.

“It’s not easy, because this is the biggest stage in golf, but to be able to build that for young pros, it’s huge,” said Compton. “In Canada, I learned what it’s like to be in the lead and to try and win a golf tournament. It’s learning how to travel, learning how to eat out.

Most avid golf fans are familiar with Compton’s story. His first heart transplant came at age 12, and in 2008, he was successfully transplanted for the second time. He would not be slowed down, however, and continued to make a name for himself with his play on the course as well. He captured his first Web.com Tour win in 2011, earning a PGA Tour card for 2012. Last year, he retained exempt status for the first time, and with his top five in New Orleans, currently sits 61st in FedExCup points.

“It’s huge for me. It frees me up with some FedExCup points and now I can pace myself for the rest of the year,” said Compton of his week in New Orleans, matching the second best finish of his PGA Tour career.

The 34-year old uses his platform to raise awareness for Donate Life America, which helps educate the public and raise awareness for organ and tissue donation. At PGA Tour events, he’ll often conduct clinics and meet with young transplant recipients to deliver a message of hope.

“Some of these kids are young and they’ve just had their transplant,” said Compton. “So they want to know and their parents want to know that they can go on to do some cool stuff. Working with the kids is great, but sometimes when you get to talk to recipients and family members that are waiting, that makes even more of an impact.”

Compton’s effort to match his considerable profile as an off-course success story with on-course performance will always be a challenge. With his tale of triumph over adversity, it would likely take an enormous breakthrough on the golf course to make Erik Compton the story secondary to Erik Compton the player.

But if and when it happens, just don’t expect Erik – or anyone in Winnipeg – to be surprised.