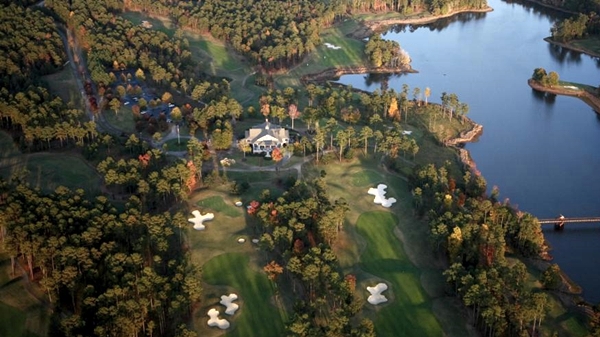 OPELIKA, Ala. – The PGA Tour is headed to Alabama next year.

The new tournament will be played July 13-18, 2015, at the Robert Trent Jones Golf Trail at Grand National in Opelika. Shaving product company Barbasol will sponsor the tournament for four years.

Alabama Gov. Robert Bentley and PGA Tour officials announced the event Monday. Bentley said the tour will generate millions in tourism revenue for Alabama and put the state in the international spotlight as some of the world’s best golfers come to the state.

“I hope this is the start of a long relationship between Alabama and the Robert Trent Jones Golf Trail and the PGA,” Bentley said.

The Barbasol Championship, scheduled for the same weekend as the British Open, will become part of the PGA Tour’s FedEx Cup competition.

Grand National in Opelika is one of 11 facilities of the Robert Trent Jones Golf Trail throughout Alabama.

The PGA Championship, run by the PGA of America, was played at Shoal Creek in Birmingham in 1990.

The Alabama Tourism Department is providing $200,000 to help host the event.