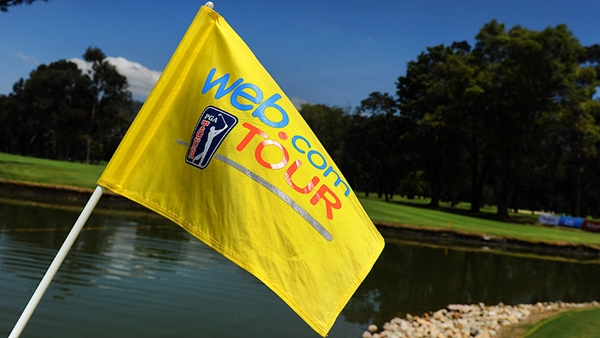 PONTE VEDRA BEACH, Fla. – The PGA Tour has announced the 2015 Web.com Tour schedule, which features 25 tournaments and culminates with the four-event Web.com Tour Finals in September and October.

The season-long chase for 50 available PGA Tour cards encompasses a 21-event Regular Season that runs from the season-opening Panama Claro Championship in late January through the WinCo Foods Portland Open presented by Kraft in late August and will end at the Web.com Tour Championship at TPC Sawgrass on Oct. 4th.

The 2015 season gets underway with five tournaments in Latin America that will be played in late January through mid-March in Panama City, Panama, Bogotá, Colombia, Cartagena, Colombia, São Paulo, Brazil and Santiago, Chile. The Tour welcomes the new Karibana Championship in Cartagena, which makes its debut March 5-8 at TPC Cartagena at Karibana. A sixth Latin American stop will be played in April in Leon, Mexico.

In addition to TPC Cartagena at Karibana, there are two other new venues on the 2015 schedule – Club de Golf Mapocho in Santiago, Chile (Chile Classic) and the Golf Club at Thanksgiving Point near Salt Lake City, Utah (Utah Championship presented by Zions Bank).

The Regular Season finale, the WinCo Foods Portland Open presented by Kraft, will be played Aug. 27-30 and determine the first set of 25 PGA Tour cards for 2015-16. Host Pumpkin Ridge Golf Club proved to be a popular and memorable venue last year, with 2014 Player of the Year Carlos Ortiz of Mexico claiming the tournament title and the first three-win promotion on Tour since 2009.

The first two years of the Web.com Tour Finals have created a dramatic conclusion to the season-long chase for the 50 available PGA Tour cards. The 2015 Finals will follow a week off after Portland and be played over four consecutive weeks, from Sept. 10-13 to Oct. 1-4.

The season-ending Web.com Tour Championship (Oct. 1-4) will finalize the second set of 25 PGA Tour cards for 2015-16 and determine player positioning in the priority ranking system, which is used to form fields for Tour events, for all 50 card recipients.

With PGA Tour China’s first year in the books, there are now three tours under the PGA Tour umbrella that feed players to the Web.com Tour – PGA Tour Canada, PGA Tour China and PGA Tour Latinoamérica. Each tour’s leading money winner from 2014 is now a Tour member and will pursue “The Path” to the PGA Tour in 2015.

With December’s completion of the Web.com Tour Qualifying Tournament, there are 293 players who hold either full or conditional Tour status in 2015.