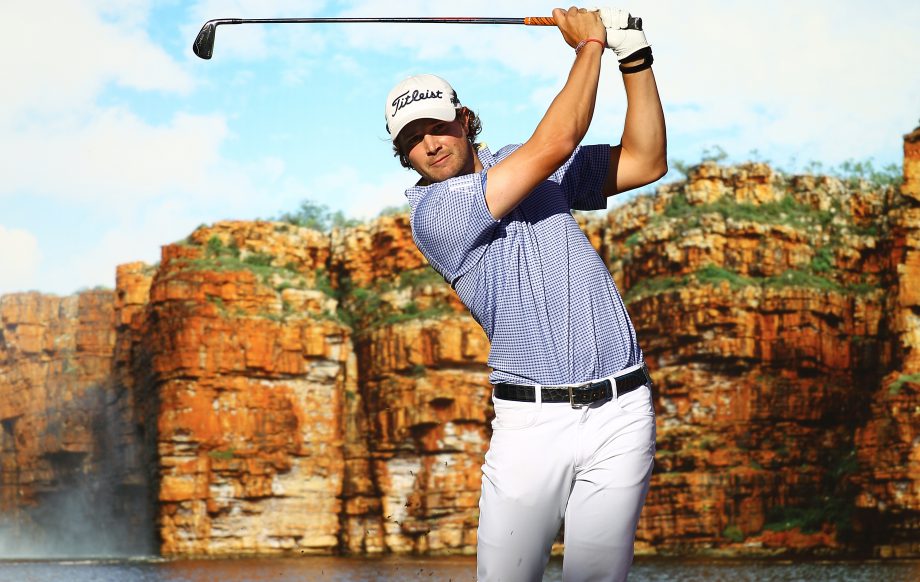 PERTH, Australia – American Peter Uihlein shot a 7-under 65 on Thursday to take a one-stroke lead after the first round of the Perth International.

India’s Shiv Kapur, recovering from a shoulder injury, and Romain Wattel of France shot 66s, both in morning groups when the conditions were more conducive to low scoring.

Australian Rhein Gibson was in fourth place after a 67, while Australian Brett Rumford and Northern Ireland’s Cormac Sharvin were among those three strokes behind after 68s on the Lake Karrinyup Country Club course.

Uihlein was among the few afternoon starters to move up the leaderboard in tough, blustery conditions. He bogeyed his first hole, the par-4 first.

“When the wind is blowing the way it was, you’ve got to expect to hit a few bad shots,” Uihlein said. “Just accept it and move on.”

Louis Oosthuizen, the 2010 British Open champion playing for the first time in Australia, shot 70. Defending champion Thorbjorn Olesen of Denmark had a 71.

Oosthuizen started strongly with three birdies in his first six holes, but bogeyed his 11th hole to fade from the leading groups in the European and Australasian PGA tour event.

“I hit it really well all day, but just found myself on the front nine in awkward spots on the greens,” Oosthuizen said. “I just need to think a bit better around it. I left myself with a few shockers to try and make birdies. I found the places on the green you’re not supposed to be.”

Kapur almost didn’t play Thursday because of his lingering shoulder injury. He injured his right shoulder while lifting his golf bag at Singapore airport two weeks ago, but some treatment just before his opening round eased the pain enough for him to play.

“I was really struggling on the driving range this morning with my shoulder,” Kapur said. “The first few shots that I hit I couldn’t really hold the club at the top of my backswing. The chiropractor here did a great job to get me fit to play, and I popped a couple of pills. Sometimes when you drop expectations and you don’t think about your golf swing, it seems to work pretty well.”