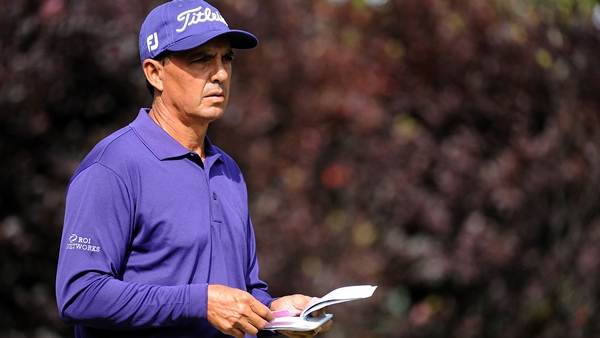 CALGARY – Tom Pernice Jr. and Bart Bryant both tied the course record at Canyon Meadows Golf and Country Club to sit atop the leaderboard after the opening round of the Shaw Charity Classic.

Pernice and Bryant both carded scores of 8-under 62 on the 7,086-yard, par-70 course to tie Bill Glasson for the course record. Glasson also shot 62 in the final round of the inaugural Shaw Charity Classic one year earlier to finish in a tie for 10th spot with Bryant at the Champions Tour event.

David Frost fired a 63 to end up alone in third spot, while Joe Durant and Joe Daley shot 64 to finish in a tie for fourth spot.

Rod Spittle of Niagara Falls, Ont., finished as the top Canadian after shooting a 2-under 68 to finish in a tie for 34th spot.

Calgary’s Stephen Ames shot even par to finish in a tie for 57th in just his second Champions Tour event.

Meanwhile, Jim Rutledge of Victoria, B.C., and Calgary’s Darryl James finished well back after shooting scores of 73 and 74, respectively.