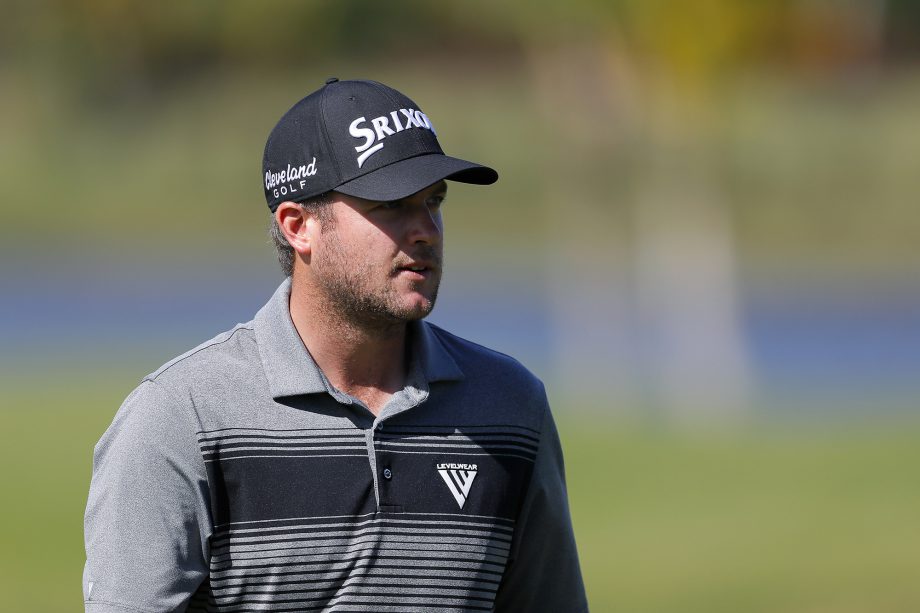 WICHITA, Kansas – Taylor Pendrith fired an 8-under 62 on Friday to claim the 36-hole lead at the Wichita Open Supporting Wichita’s Youth at 13-under 127. Jared Wolfe sits alone in second at 12-under 128.

Pendrith, who began the day two strokes off the lead, started the second round with two birdies on his first four holes. After his lone bogey of the day on the par-3 fifth, the Canadian took advantage of the short par-4 seventh with an eagle.

“I hit the driver really well,” Pendrith said. “There are a couple holes here where you can get a little more aggressive and get it up close to the greens. I drove it really well and my putter was on. I didn’t make too many mistakes and when I missed the green, I was in pretty simple spots where I could almost chip in.”

Pendrith, who won twice on the Mackenzie Tour – PGA TOUR Canada in 2019, has been one of the most consistent players on the Korn Ferry Tour this season. In 18 starts this season, Pendrith has recorded five top-10s and three runner-up finishes. Despite the close calls, the Kent State University product is still in search of his first Korn Ferry Tour title.

“It’s a great spot to be. I’ve been in similar positions this year, but I haven’t been able to close it out,” he said. “It’s nice to get off to a good start. I feel like at those other tournaments, I was always kind of trailing. I’ll just try and make as many birdies as I can and see where we’re at on Sunday. I’m looking forward to it.”

After a great stretch of play on the Korn Ferry Tour earlier this summer, Pendrith earned a spot in last week’s U.S. Open at Winged Foot Golf Club. Highlighted by a final-round 70, the 29-year-old earned a T23 result in his U.S. Open debut.

“That place (Winged Foot) is so hard. I’m happy to be back out here making birdies,” he said with a laugh. “I played great on Sunday and shot even-par. That gives me a ton of confidence. A lot of the top guys out there struggled which is very easy to do there. I managed my game nicely and had a good week.”

A major debut for @pendy31 ? The Richmond Hill, Ontario native and Team Canada member was 3rd in driving distance and closed off the weekend with an even-par 70 on Sunday – the second-best score of the day ? He also cleaned up with a $116,385 paycheck – the largest of his career ? #GolfCanadaLeaderboard #TeamCanada #golfstagram #teamtitleist #golfer #golflife

Wolfe, who held a share of the first-round lead, sits alone in second after a 5-under 65 on Friday. Beginning on the back nine, Wolfe carded two birdies and an eagle on his first eight holes to reach 11-under for the tournament. On the par-4 18th, Wolfe’s tee shot narrowly fell out of bounds resulting in a double bogey. Despite the setback, he rallied with three birdies on his final nine holes to reach 12-under after two rounds.

“I know how I’m playing right now, and I know I like this course,” Wolfe said. “I know how I’m putting it so, I’m just kind of waiting to see how each hole and each shot goes. Thankfully, I made a lot of birdies again today and hopefully I can keep that going on the weekend.”