Pendrith and Anguiano lead in Windsor 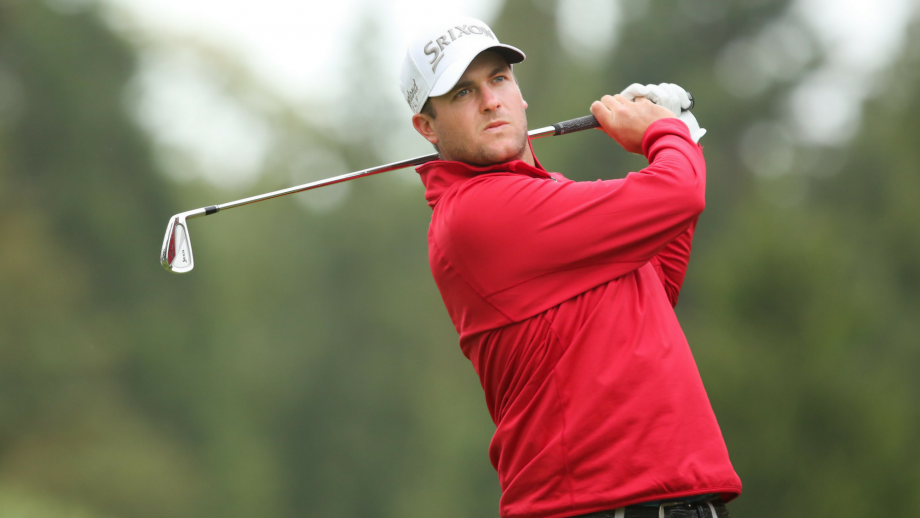 WINDSOR, Ont. — The third round of the inaugural Windsor Championship finished as it started; with Mark Anguiano and Taylor Pendrith the two names at the top of the leaderboard at Ambassador Golf Club.

Though, in the words of Mark Anguiano, the routes the two golfers took to get there were completely different.

“We have the complete opposite games, but we have the exact same mentality,” said the Bellflower, California native, who began the day with a one-stroke advantage over the Canadian Pendrith.

While Pendrith is known for his length off the tee, often registering ball speeds of up to 200 MPH, Anguiano’s graceful swing is built on finesse, similar to his aptitude around the greens.

Take for example, the par-5 third. Anguiano found himself nearby the 200-yard plate while Pendrith waited 50-yards ahead with a wedge in hand – both players made birdie on the hole.

Anguiano’s largest lead on Sunday came after birdie on the 11th hole put him at 18-under for the event, three clear of his nearest competitor.

The back nine, though, was Pendrith’s to dominate. A monstrous drive on 13 set Pendrith up with a 7-iron into the par five. Leaving himself a 30-footer for eagle, the Richmond Hill, ONT native used the claw grip he implemented a few months prior and dropped his first eagle of the tournament to get within a single stroke of Anguiano.

After all was said and done, Pendrith made 5 birdies, an eagle and a bogey to shoot 65 compared to Anguiano’s six birdies and a bogey for 66, drawing the pair even and into the final grouping on Sunday.

“Me and Mark had a good battle today,” said Pendrith. “We were kind of going back and forth, and it was a little bit of a grind. I didn’t hit the driver as well as I did the first two days and was in the rough a bit, but my putter bailed me out and I made some birdies.”

Pendrith is well acclimated to the situation. In 2015, the then 24-year-old drew into three separate playoffs on the Mackenzie Tour. While he was unable to get the job done three years ago, he is looking forward to the chance to once again compete in the final round.

“It’s exciting, any time you have a chance to win on Sunday is a good thing,” said Pendrith. “I’m just going to do my thing and just play golf and see where I stack up at the end.”

Meanwhile Anguiano, who missed the cut by a single stroke in Lethbridge at the Tour’s last stop, has also been in the situation before, coming T6 at the GolfBC Championship last month following a first round 62.

“He’s Canadian, so I feel like I’m going to be the bad guy playing with him, but that’s good, I like that, I think it’s fun,” said Anguiano. “The crowds today were very nice to me, I can’t thank them enough and hopefully it’s like that tomorrow.”

Fellow Canadian Michael Gligic is on Pendrith and Anguiano’s heels, just one-stroke behind. Gligic made eight birdies and fired his second 64 of the week to draw into the second last pairing alongside Zach Foushee. Gligic, thanks to a suggestion by Pendrith, switched to the claw grip and has revitalized his game since, shooting 65 or lower in four out of his last seven tournament rounds since.