Patton Kizzire opens with 62 in Mexico, Fowler 3 behind 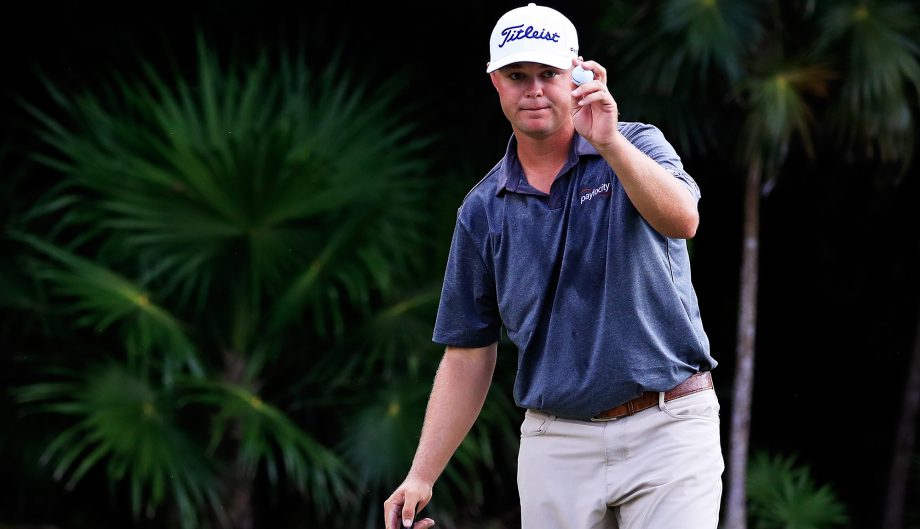 PLAYA DEL CARMEN, Mexico – Patton Kizzire carried some momentum from last week in Las Vegas by running off six straight birdies in the middle of his round Thursday for a career-low 9-under 62 and a two-shot lead in the OHL Classic at Mayakoba.

Rickie Fowler, playing for the first time since the Presidents Cup on Oct. 1, showed little rust in opening with a 65.

Kizzire closed with a 64 last Sunday in Las Vegas to tie for fourth, his best finish in more than a year in his bid to finally win on the PGA Tour. Playing in the first group out at El Camaleon Golf Club, he finished the front nine with two birdies and started with back nine with four in a row.

His only bogey came on the 18th hole when he drove into a bunker.

“I’ve been playing well recently, and really all year. Just getting everything to click in the same day is the key,” Kizzire said. “Hit the ball well and then seem to not putt well, and then I’ll put well and seem to not hit it well. But today, I put it all together.”

His previous low score was a 63 in the final round in Las Vegas a year ago.

Vaughn Taylor played bogey-free for a 64.

Brandon Harkins, a 31-year-old PGA Tour rookie, joined Fowler at 65, while two-time Retief Goosen was in the group at 66.

Nick Taylor of Abbotsford, B.C., and Ben Silverman of Thornhill, Ont., shot 3 under. Corey Conners of Listowel, Ont., shot 1 under and Mackenzie Hughes of Dundas, Ont., shot an even 71.

Kizzire had a two-shot lead with seven holes to play in the Safeway Open a year ago until finishing one shot behind Brendan Steele. He never had a serious chance at winning in Las Vegas, even though he wound up one shot out of a playoff. Still, he brought his game south of the border.

Defending champion Pat Perez opened with a 67. He was No. 271 in the world when he arrived at Mayakoba for his third event since shoulder surgery. He returned at No. 18 in the world.

The group at 67 also included Anirban Lahiri, Si Woo Kim and Carlos Ortiz, who had the low score among the five Mexican players in the field.

Sean Jacklin, the grandson of British Open and U.S. Open champion Tony Jacklin, qualified Monday and shot 71 in his first PGA Tour event. Cameron Champ, the Californian who was two shots behind going into the weekend at the U.S. Open this year, made his pro debut with a 75.

Fowler has never played the OHL Classic and entered this year as part of the PGA Tour’s “strength of tour” policy that requires anyone with fewer than 25 events to play a tournament they had not been to in the last four years.

Fowler took five weeks off, playing only a few casual rounds with friends, before heading down to this Mexican resort over the weekend. He still didn’t touch a club until Tuesday, but it hardly showed during the calmer morning conditions.

“I made a couple good up-and-downs on the first five or six holes to kind of keep the round going and move in the right direction,” Fowler said. “Short game, touch and feel is a big thing coming off … we’ve had roughly a month off. So when the feel is somewhat there, it frees you up to know that you can get away with some missed shots and it allows you to swing a bit freer.”