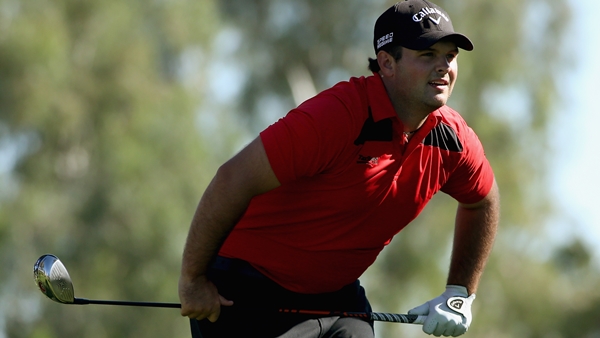 LA QUINTA, Calif. – Patrick Reed found La Quinta Country Club to his liking, too, leaving everyone else behind again in the Humana Challenge.

A day after shooting a 9-under 63 at PGA West’s Arnold Palmer Private Course to take the lead, Reed had another 9-under 63 down the road Friday at tree-lined La Quinta to stretch his advantage to two strokes over Brendon Todd.

“It’s great to have that feeling that you can go out and shoot 63,” said Reed, the Wyndham Championship winner in August. “And to actually do it two times in a row shows that what we have done during the off-season and what we’re doing now is working.

“The good thing is even though we’re playing great, I feel like there’s still room for improvement out there while I was playing. Today, I felt like there was three shots out there, yesterday, I thought there was one or two out there.”

Todd had a 63 on the Palmer course. He’s the only player in the field without a bogey.

“Obviously, both days were really solid,” Todd said. “Bogey-free was huge. … Before I knew it, I was at 7- or 8-under with a few to play, feeling like I should birdie every hole. … The weather’s been so good, I’m not surprised to see what Patrick did.”

The temperature climbed into the 80s and it was so calm the ponds looked like glass, the water as still as the plastic swans PGA West uses to scare away geese.

The 23-year-old Reed eagled the par-5 fifth hole, hitting a high 5-iron approach that landed softly on the left side of the green and rolled to 4 feet. He also had eight birdies and his lone bogey in 36 holes.

“That tee shot on 5’s not easy,” Reed said. “You have to hit a perfect high cut around that tree and if it goes straight, you’re actually through the fairway. You have to hit a hook around those trees. And when I hit a perfect drive like that, had a perfect number for a 5- iron to the left flag. When I hit something three-quarters or 85 per cent, it’s normally a little draw, so I just aimed it in the middle of the green and hit it up to there to 4 feet. That was kind of just perfect for me.”

Ryan Palmer was third, three strokes back at 15-under, after a 65 at La Quinta. He also made a short eagle putt on the fifth hole.

“Overall, it was another great day,” said Palmer, coming off a tie for eighth in the Sony Open in Hawaii. “Another great finish, hanging in there, staying strong.”

Charley Hoffman, the 2007 winner, was 14-under after a 66 on PGA West’s Jack Nicklaus Private Course. He had five straight birdies on the front nine.

“If the weather stays the way it is, all these golf courses have a lot of birdie holes,” Hoffman said. “There’s water, there’s trouble if you short-side yourself, but if you’re hitting good shots, the greens are good and you can make a bunch of birdies.”

Bill Haas and James Driscoll were 13-under. Haas, the 2010 winner, had a 66 on the Nicklaus course, and Driscoll shot 63 at La Quinta.

Charlie Beljan was another stroke back, shooting 64 on the Nicklaus course.

Mike Weir of Bright’s Grove, Ont., fired a 69 after an opening round 73, leaving him at 142. Calgary’s Stephen Ames carded his second straight 73.

Matt Every and playing partner Will MacKenzie were 11-under in a group that included Kapalua winner Zach Johnson, 2005 winner Justin Leonard and Harris English.

Every settled for a 68 on the Palmer course after playing an early five-hole stretch in 6-under with four birdies and an eagle. MacKenzie had a 66.

“I was just striping it,” Every said. “I was hitting it close and then the greens, we were first off, so the greens were perfect, and I was rolling them in.”

After a long wait at the turn, he made a double bogey on No. 10.

“We flew around the front,” Every said. “Then we got to the back and there was a logjam.”

Playing alongside Johnson, Keegan Bradley had a hole-in-one in a 66 that left him 9-under overall in his first start of the year. His 7-iron shot on the 177-yard third hole landed about 10 feet short of the pin and rolled in.