Patrick Newcomb holds on to lead heading into weekend in Edmonton 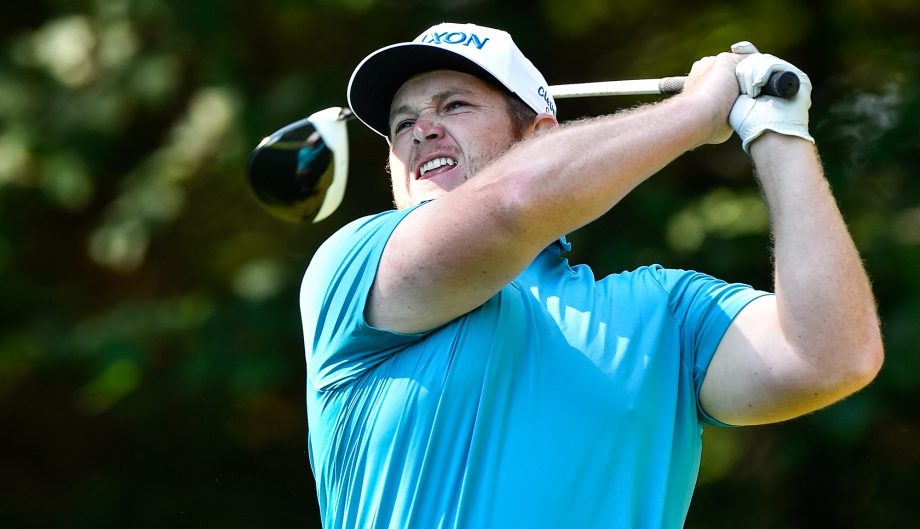 Murray, Kentucky’s Patrick Newcomb shot a 2-under 68 on Friday at Windermere Golf and Country Club to take a one-stroke lead through two rounds of the Syncrude Oil Country Championship presented by AECON, the seventh event of the 2017 Mackenzie Tour – PGA TOUR Canada season.

The 27-year old led by one over Tacoma, Washington’s Derek Barron when play was suspended for the evening due to darkness at 8:35 p.m. Round Two was suspended initially for 1 hour and 54 minutes due to dangerous weather earlier in the day and will resume at 8 a.m. on Saturday morning.

“I’m really happy at 10-under,” said Newcomb, who managed six birdies on the day but admitted he would aim to improve on his total of four bogeys on the day. “I’m going to try to keep the bogeys off the card. If I can do that, I don’t see myself making any less than five or six birdies again, so that’s the key.”

The Murray State grad sits eighth on the PGA TOUR Latinoamérica Order of Merit thanks to a win at the Honduras Open presented by Indura Beach and Golf Resort, and hopes to make up for a slip-up earlier this season at the Staal Foundation Open presented by Tbaytel, where he held the solo lead on Sunday but fell to a final round 79 to fall out of contention.

“Thunder Bay got away from me a little bit. That’s the only time I’ve really fallen apart on the back nine, but that’s kind of my nature. When you’re playing aggressive and it’s not going great, if you hit a few loose tee shots hitting drivers where no one else is, it’s going to get away from you. I’m just going to keep playing aggressive and give myself a chance to win,” said Newcomb.

Barron birdied his final hole of the day to hold solo second at 9-under, while Tampa, Florida’s Lee McCoy was a shot further behind at 8-under after a 67. Barron, a 32-year old Mackenzie Tour rookie, said he looked forward to the chance to play with Newcomb on Saturday once Round 3 gets underway.

“I met him this week playing a practice round. Funny guy, nice guy. I really enjoyed playing with him, and I’m sure he’ll keep it lighthearted tomorrow,” said Barron.

BACKGROUND ON THE LEADER: 27-year old Patrick Newcomb is making his fourth career start on the Mackenzie Tour and is playing out of a category for members of PGA TOUR Latinoamérica, where he ranks eighth on the Order of Merit thanks to a win at the Honduras Open presented by Indura Beach and Golf Resort.

Newcomb played college golf at Murray State, where he collected nine individual victories. He co-held the lead at the Staal Foundation Open presented by Tbaytel through 54 holes but fell to a final round 79 and finished T38.

Newcomb matched the Windermere Golf and Country Club Course Record with an 8-under 62 on Saturday, matching Joe Panzeri and Matt Marshall at the 2012 ATB Financial Classic. The course played as a par-71 in 2012.