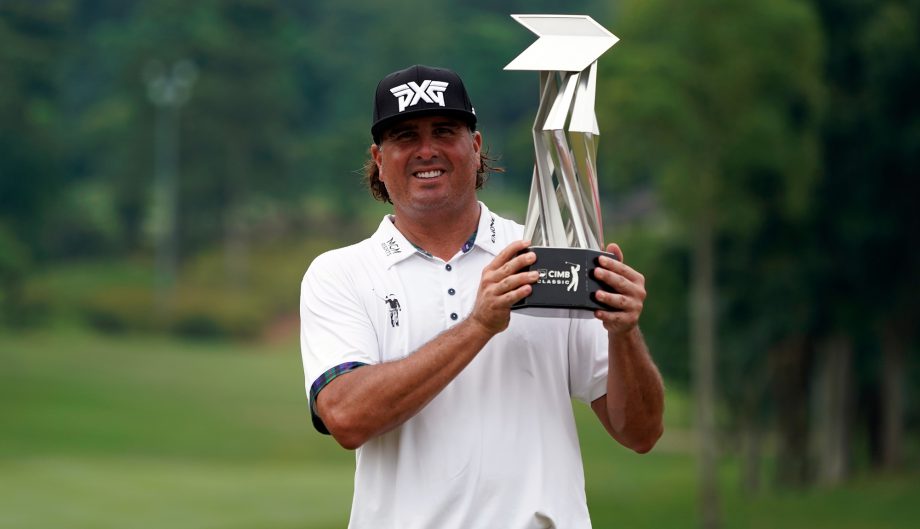 He sealed his first title in almost a year despite carding a modest three-under 69 in the final round, courtesy of a strong start with three birdies in the first four holes.

The 41-year-old only managed to make par on the back nine, but did enough to finish the tournament with a 24-under 264 to take home the $1.26 million prize purse and 500 FedEX Cup points.

Victory also earned him an automatic entry for next year’s Masters in April.

Perez’s feat comes after a long recovery from a shoulder injury last year that threatened to derail his career.

The bulky golfer admitted he never expected to reign supreme in the sweltering conditions in Kuala Lumpur.

Perez also confirmed he’ll be back to defend his title next year.

Bradley took home the runner-up spot after he carded an unblemished five-under 67 to finish at 20-under 268.

Xander Schauffele, who started the round in second place, faltered with four bogeys to finish tied-third alongside South Korea’s Kang Sunghoon at 17 under.

Nick Taylor of Abbotsford, B.C., was the low Canadian at 12 under. Richard T. Lee and Adam Hadwin finished in a tie for 51st place at 3 under while Graham DeLaet was 2 under.

Thomas had been in terrific form coming into the event, but failed to lift his game in his mission for a “three-peat.”

“I was definitely low on gas. It’s been a great but long year, for sure,” Thomas said.