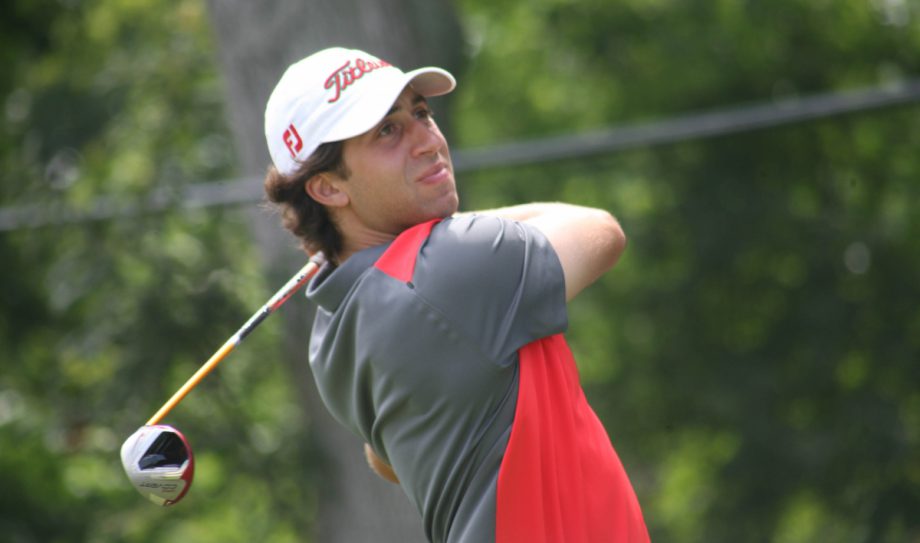 Pastore, a 24-year old University of Virginia grad, took a share of the lead into Saturday and managed an even-par 71 to share the lead with Guillaume, who set the clubhouse mark earlier with a 5-under 66.

“Today was a bit of a struggle, and I kind of had to grind through the round, but to be tied for the lead, that’s really all I could ask for,” said Pastore, who had a chance to take the lead with an eagle putt on the par-5 18th hole but ran it by and had to settle for par. “The three-putt on the last hole was disappointing, but it’s not going to win or lose the tournament for me.”

Early on, the day looked to belong to NCAA Champion Aaron Wise, who birdied four of his first six holes to take the lead at 11-under. But the 19-year old stumbled with two bogeys and a double coming in to open the door behind him. 12 players will begin Sunday’s final round within three shots of the lead.

For Guillaume, who owns one top-10 finish this year, this week’s solid play marks a stark turnaround from recent struggles, especially on the greens. With Cherry Hill’s slippery bentgrass greens presenting most players with a challenge this week, the 28-year old said he’s feeling as comfortable as ever, freeing him up with the putter.

“Earlier this year, I struggled putting on Poa grass. I’m sure there’s a little bit of it here, but a lot less, and I find the greens a lot easier to read,” said Guillaume. “You take all the pressure off of missing greens, because you can get it up close enough and know you can make it.”

McCarthy, a four-time winner this season, surged to a share of the lead with three straight birdies on the back nine, but dropped a shot coming in to share third place with Bateman, Justesen, Miller and Cone, who fired the round of the day with a 7-under 64.