Past RBC Canadian Open champions weigh in on Glen Abbey 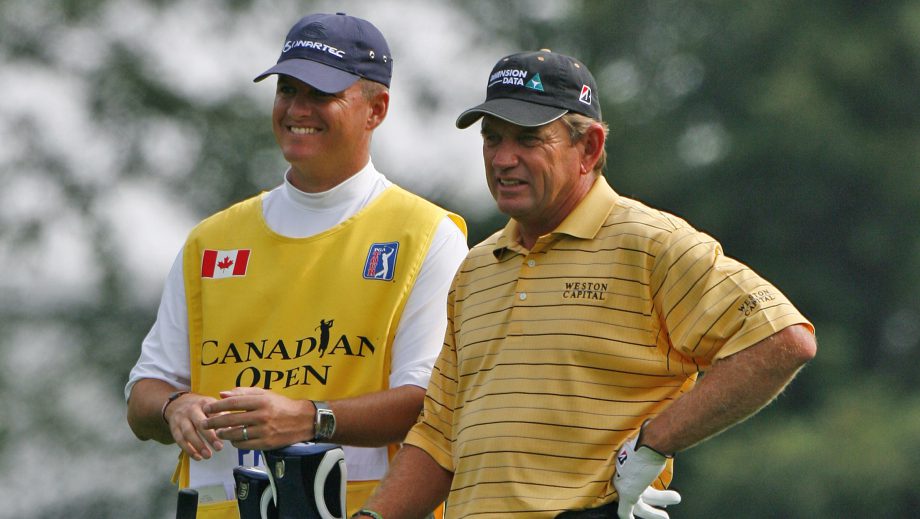 For over four decades, Glen Abbey Golf Club has been synonymous with the RBC Canadian Open. When the lone Canadian stop on the PGA Tour gets underway next week, it will mark the 30th time the venerable course in suburban Toronto has hosted the event.

It might also be the last. Glen Abbey’s owner, ClubLink Corp., announced plans to redevelop the site last year and the future of the venerable course – the first ever solo design project by the legendary Jack Niklaus – is in doubt.

The idea of the distinctive course in Oakville, Ont., with a parkland-style upper portion and an infamous 11th hole that leads into a steep drop into a valley, being bulldozed over for condos and offices does not sit well with some of Glen Abbey’s past champions.

“It’s a terrible idea,” said Chez Reavie, who won the 2008 RBC Canadian Open at Glen Abbey. “All the people spent all that money to live on a golf course and they should still be on a golf course. It’s sad when you see pretty golf courses like that get torn up.”

ClubLink plans to build more than 3,200 residential units on the site along with office space and commercial/retail space. Officials from the Town of Oakville, which is fighting the development proposal, and ClubLink were in Toronto Superior Court this week arguing the property’s future.

Built in the late 1970s, Glen Abbey first hosted the Canadian Open in 1977. Golf legend Lee Trevino, who won that tournament, said he’s never been an advocate for plowing up a golf course to develop real estate, but understands its a business decision.

“There are dozens of golf courses that go under, but that would be a shame. It’s a great spot,” he said.

Nick Price, who won two RBC Canadian Opens at Glen Abbey, said he can see both sides of the development argument.

“Obviously as real estate becomes more valuable, and there is a need for people and housing, it’s hard to hang on to a golf course,” says Price. “But it would be very sad to see it go.”

With the future of Glen Abbey up in the air, Golf Canada and tournament sponsor RBC have decided to take event on a rotation of clubs in the Greater Toronto Area.

“From our standpoint, not knowing what that future was (of Glen Abbey) we had to re-tool and look at moving the Open around,” says Bill Paul, Golf Canada’s Chief Championship Officer.

Jane Clohecy, commissioner of community development for the Town of Oakville, said Glen Abbey is a cultural heritage landscape and that ClubLink’s proposal doesn’t fit in with the town’s growth management policy.

“From a growth management perspective and a cultural heritage perspective, we didn’t see it as an appropriate place to redevelop,” she said.

The tournament will be played at Hamilton Golf and Country Club in 2019 and 2023. Paul said Glen Abbey will always be “part of the mix” in to deciding where to host the Canadian Open so long as the course remains intact.

“For 2020 and 2021 we’ve had really developed discussions with a number of phenomenal golf courses,” Golf Canada CEO Laurence Applebaum said in a recent press conference. “Hopefully in the short term we’ll have some announcements in that regard.”

While the Greater Toronto Area appears set for the next five years to host the Canadian Open, British Columbia has a PGA Tour winner in Adam Hadwin, whose best result at the tournament came at Shaughnessy Golf and Country Club outside Vancouver in 2011.

Calgary also hosts an annual event on the senior PGA Tour Champions circuit, the Shaw Charity Classic, which has been named the top tournament on that Tour (for professional golfers aged 50-plus) three out of the last four years.

Hadwin says he would like to see the tournament moved around, but understands why it remains in the GTA.

“Any sort of national open – British Open, U.S. Open – they move it around the country and around some of the best courses the area has to offer,” Hadwin says. “I understand it from a tournament standpoint. I get why they do it. It’s the largest population to draw from and one (RBC) knows that’s supported well.”

Starting in 2019 the tournament will also have a new date, moving from early June after more than a decade following the British Open in late July.