Past champions ready to battle at 2018 CP Women’s Open 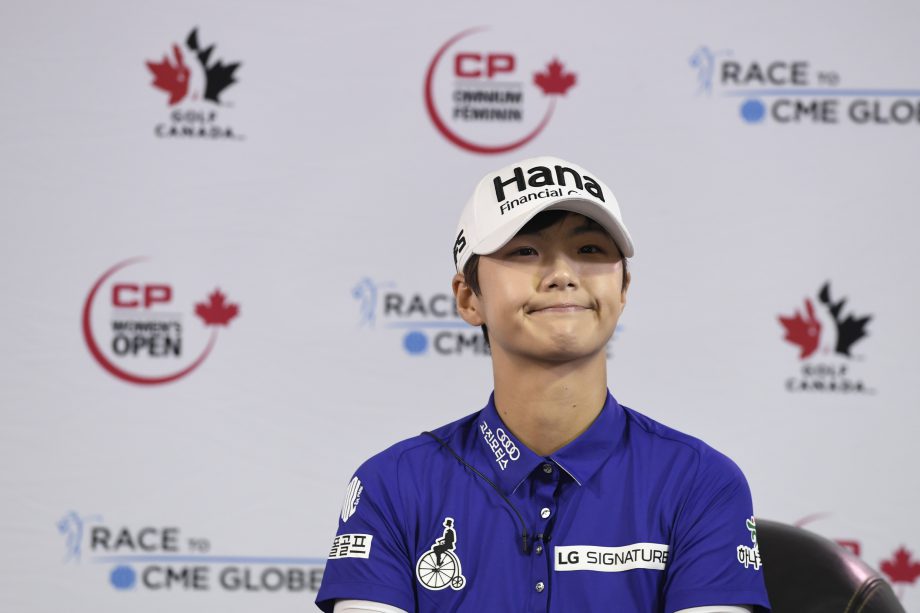 A more confident and experienced Park enters this week’s event at Wascana Country Club after taking her fifth career victory at last week’s Indy Women in Tech Championship driven by Group 1001, which bumped her ahead of Thailand’s Ariya Jutanugarn for the top spot in the Rolex Women’s World Golf Rankings.

“I am so excited and happy to be ranked No. 1,” said Park, who became the first LPGA Tour rookie to reach the top of the world rankings when she held the spot for one week in November 2017. “Nothing has really changed. It does put a little bit of pressure on me, but I just want to maintain that type of play. I’m still going to focus on what I need to get done this week.”

The early portion of the 2018 season brought Park into a difficult patch in her game. Through her first 15 events, she grabbed two wins, but also uncharacteristically missed six cuts and only earned two other top-10 finishes. The hyper-competitive Park started to question if she would be able to live up to the lofty expectations set by her fans – and by herself. Now with those doubts cast aside, Park pursues more success in the last stretch of the 2018 season.

“I now have a lot more experience under my belt,” said the 24-year-old with five career LPGA Tour wins. “Even though I’ve had a couple missed cuts this season, I still feel like this is a really great season for me and I think I can win more tournaments this year.”

Most people don’t excel at professional sports at age 15. But most people aren’t Lydia Ko. The New Zealander won the 2012 CP Women’s Open as a 15-year-old amateur, becoming the youngest winner in LPGA history.

“I think even at that time it didn’t really settle in,” said Ko, who followed her maiden win up with another win in 2013 as an amateur and tacked on a third Canadian national title in 2015 as a professional. “I think you’re so young that you don’t really know what’s going on. Obviously, you’re super excited and super happy to have won, but, you know, I think I feel like I was very lucky right now looking back more than I was actually at that time. It was a lot to take in.”

Three years removed from that last win and Ko is primed for her fourth victory north of the border. The 21-year-old comes to Regina off a T16 finish at last week’s Indy Women in Tech Championship driven by Group 1001, and hopes to better her Canadian performance from 2017, when she missed the cut for the first time in her CP Women’s Open career.

“Every time I come back to Canada I feel like it’s another home for me,” said Ko. “It’s always great to come back to a place where you feel really welcomed and you don’t feel like a stranger. The crowds are there on practice rounds and Pro-Ams. That’s how excited they are to see us. I think that’s a cool thing for us to play in front of these massive crowds.”